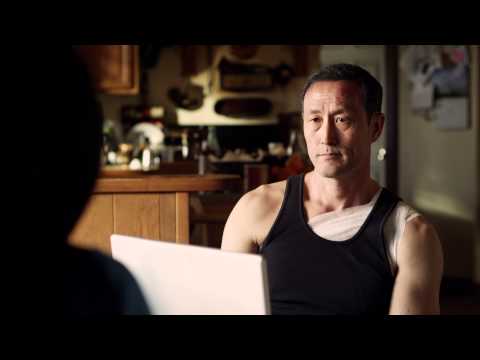 Fist 2 Fist 2 is an ambitious all-around attempt for Jino Kang. The movie is not to be confused with a previous Jino Kang film named Fist 2 Fist. Fist 2 Fist 2, is a different movie from the previously mentioned one, it’s NOT a sequel.

Jack “The Ghost” Lee has a special set of skills. No, not quite Liam Neeson. Jack attempts to leave his past behind him and walk away from all crime-related drama. After settling a final score for crime boss Banducci, he believes he is set free. Banducci changes the game and breaks his promise when he kidnaps Jack’s niece, Jaime. Bad blood reignites as Jack turns over San Francisco in pursuit of finding Jaime.

Jino Kang goes for the trifecta in this film. His fingerprints are all over this film, in front of the screen and behind the scenes. The film has just enough elements in it to consider itself a glorified martial arts movie. There is a semblance of a storyline. A romance with a female cop, is interwoven between the search for Jaime and all the fighting that takes place. The dialogue is simplistic–fitting in a sense. There is a focus on strong female characters. All the women in the film can hold their own ground and mix it up with the men. It’s refreshing to see a martial arts movie where the women get the upper hand on the men in their battles. Kang is a soft spoken fighting machine. It’s a safe and common character choice for this sort of genre. Jack “The Ghost” Lee isn’t a very distinguished or memorable character, ghost-like, seems fitting to his nickname. There is no standout actor in the movie, everyone is rather vanilla. Lets be honest here, this is a film solely intended for the fights and martial arts skills showcase. Some scenes are way over the top, such as the one where Jaime destroys a few mob henchmen. I understand the concept of a female character who has skills to defend herself, but beating down a bunch of heavy’s isn’t very realistic. If the audience is to follow that concept, then why does she need Jack to save her in the first place? Clearly she can hold her own beating down a bunch of bad guys.

The martial arts in the film are pretty solid. There seem to be a variety of different skills being utilized by the characters. It’s pretty obvious that Kang has a vide array of martial arts training in his life, a novice would have a difficult time replicating what he does. Fist 2 Fist 2 doesn’t surprise you with anything, you get what you expect. A ton of fight scenes, some of them being an interesting watch. At times I was getting bored with the constant fighting, it borderlines overkill. The storyline is plain and simple, no complexity to it. If you are into martial arts flicks, it might be worth checking this film out. For those who aren’t huge martial arts junkies and wanna see an interesting film, take a pass on Fist 2 Fist 2.