2023 is promising to be an epic year at the cinema. The Marvel Cinematic Universe will continue to steam ahead with massively anticipated titles featuring Ant-Man and the Guardians of the Galaxy. We’ll also see original films by directors Christopher Nolan and Greta Gerwig as well as sequels in franchises like Scream, The Fast and the Furious, and Indiana Jones. And that’s just the tip of the iceberg.

Let’s hop into our top picks for the best upcoming movies of 2023.

Ant-Man’s third film (and second alongside The Wasp) is guaranteed to be the trippiest yet. Our heroes, played by Paul Rudd and Evangeline Lily, will venture into the quantum realm and encounter an entirely new world therein. This star-studded adventure also features Michael Douglas and Michelle Pfeiffer. 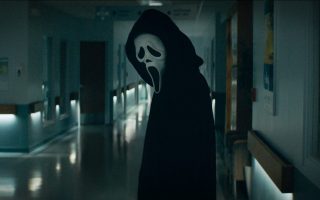 Scream 6 is set to prove that it’s never too late (or early) for Halloween scares. The sixth film in the series comes after a successful “reboot” in 2020. Series regulars Courtney Cox and Hayden Panettiere are back alongside newbies like Jenna Ortega (fresh from Netflix’s hit Wednesday). This time, Ghostface brings terror to New York City!

Mario, Luigi, Peach, and the rest of the Mushroom Kingdom gang are hitting the big screen in this animated tale of good vs evil. Chris Pratt and Charlie Day will play Mario and Luigi, and Jack Black will voice the villain Bowser—which all but guarantees a hilarious and nostalgic ride.

Speaking of Chris Pratt, he’ll also return with the rest of the Guardians of the Galaxy for the third (and final?) installment of James Gunn’s epic Marvel series. Fans are anticipating the return of Zoe Saldaña as Gamora and plenty of action-packed space-bound hijinks. 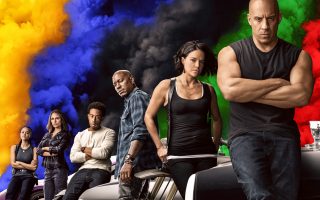 Do we need another entry in the Fast and Furious series? Fans say yes. The 10th adventure will star Vin Diesel and many series regulars along with new members of the “family” Jason Momoa and Brie Larson. We’re not sure about the plot yet, but it’s sure to include plenty of cars, muscles, and action.

Indiana Jones and the Dial of Destiny (June 30)

Harrison Ford steps back into the role of Indy for what’s sure to be his final adventure in Dial of Destiny. Set during the space race in the 1960s, Jones will surely encounter plenty of Russian baddies and some supernatural twists and turns. Joined by Mads Mikkelsen, Phoebe Waller-Bridge, and Antonio Banderas, this may be the movie event of the summer.

Greta Gerwig’s massively anticipated Barbie pic stars Margot Robbie as the plastic protagonist and Ryan Gosling as her boy-toy Ken. We can’t wait to see the combination of Gerwig’s wit, glossy visuals, and nostalgic sound effects in this unexpected original film. Written by Gerwig and Noah Baumbach, Barbie will receive a PG-13 rating and be targeted more at adults than children.

The new film by all-time great Christopher Nolan will hit theaters this summer and tell the story of the man behind the atomic bomb. Cillian Murphy plays the title role in what may be the performance of his career. But he’s by no means the only star on board. Rober Downy Jr., Matt Damon, Emily Blunt, and more will support.

Just in time for Halloween, director David Gordon Green will reboot The Exorcist in what’s expected to be the first in a trilogy of terror. Ellen Burstyn, who played the mother of the possessed child Regan in the original film, will reprise her role and help a new priest with a similar case.

Dennis Villeneuve’s epic adaptation of the fantasy series will continue late in 2023 with the action-packed conclusion to Dune. We’ll see Paul Atreides (Timothée Chalamet) step into big shoes as the chosen one alongside his love interest played by Zendaya. We see Oscars in this film’s future!

Grab the Popcorn, Because 2023 is at the Movies

These are our most anticipated films of 2023, but there are so many more that didn’t make this list, including DC titles like Aqua-Man 2 and Shazam 2, MCU’s The Marvels, the live-action Little Mermaid, and a new Transformers movie. Long story short? We’re going to be glued to our seats in 2023!

The Best Upcoming Movies of 2023

The Most Popular Poker Movies Worth Seeing

How To Create The Perfect Movie Night

Why Jurassic Park Is the Best Franchise in History