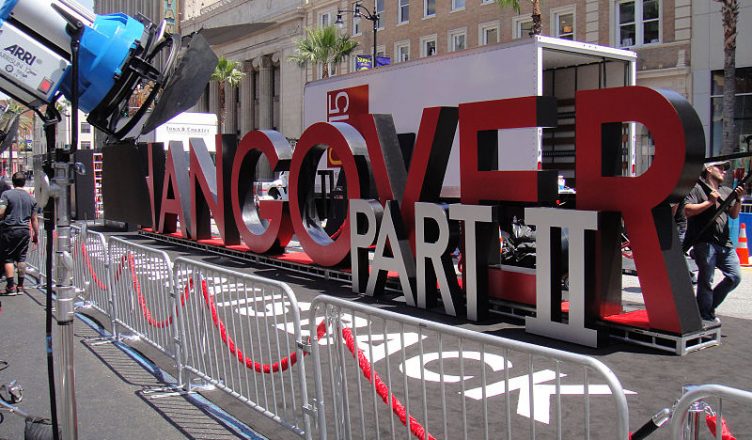 Photo by popculturegeek.com, CC BY 2.0

Most movies are followed up by disappointing sequels, films that don’t come close to the quality of the original release. Terminator 5, anyone? Occasionally though, the follow up cinematic releases are just as good and leave fans wanting even more.

Here are some movie franchises that fans would love to see a sequel for.

The first Hangover movie made its way onto cinema screens back in 2009. The sheer craziness and immaturity of the antics that Phil, Stu, and Alan got up to had us all laughing out loud. The Hangover had everything you’d expect from a film set in Las Vegas, including a run-in with the mob, excessive partying, and a scene where they count cards while playing blackjack.

The Hangover is one of those rare films where the sequels were just as good as the original, providing side-splitting laughs from start to finish. Part II saw the wolfpack head to Bangkok, while Part III was set in both Tijuana and Las Vegas.

A fourth film seems unlikely though. In the trailers for The Hangover Part III, the words “EPIC FINALE” appear on the screen. In 2020, Ed Helms, who played Stu in the films, said that he believes there’s no mileage in another sequel. In 2018, he was even more assertive describing the probability of another Hangover film as “between zero and zero”.

But fans live in hope that the wolfpack and their wild shenanigans will return to our screens sometime in the future.

The Ocean’s franchise saw some of the most elaborate heists ever depicted in film. The first saw Danny Ocean and his crack team of criminals use technology, deception, and some acrobatics to steal $150 million from three of Las Vegas’ biggest casinos.

Being set in Vegas, the film contains a lot of shots of people playing popular games like roulette and blackjack, which have been raising popularity lately in both physical and online casinos. There’s also a scene where Rusty teaches five celebrities, including Topher Grace, Holly Marie Combs, and Barry Watson how to play poker, another popular card game.

There doesn’t appear to be any appetite among the original to produce an Ocean’s Fourteen, despite fans requesting it on a regular basis. Brad Pitt has even gone as far as to say one of his life goals includes “not having to make” another Ocean’s movie.

There was a new film released in 2018 with the name “Ocean’s 8”. It contains none of the original lineup, and uses an all-female ensemble cast consisting of Sandra Bullock, Cate Blanchett, Anne Hathaway, and even Rihanna.

While the film was received positively by many fans and critics, those hoping for an Ocean’s Fourteen don’t consider it to be a true sequel.

Step Brothers was a huge hit, with fans often quoting lines like “Dad, what are you doing? It’s shark week” and “So much space! So many activities”. Although it’s now 12 years old, Step Brothers has barely aged and it’s just as funny today.

In 2011, the film’s director Adam McKay announced on Twitter that he was working on a Step Brothers rap album, featuring “Huff N’ Doback” a reference to the rap song included in the original film. The album would likely have been similar to the music of The Lonely Island, but the plans were quietly dropped.

Many of the cast and crew have worked together on other projects since, and John C. Reilly, one of the film’s writers has even said that they have some “great ideas for a sequel”. However, he added that most of the team were prioritising other projects in the hopes of creating something just as funny and popular with fans instead of tarnishing the legacy of the original Step Brothers.

That is less definitive than the refusals from Brad Pitt and Ed Helms, but it still doesn’t seem likely that fans will get to see another Step Brothers film any time soon. Who knows, anything can happen if the demand is high.