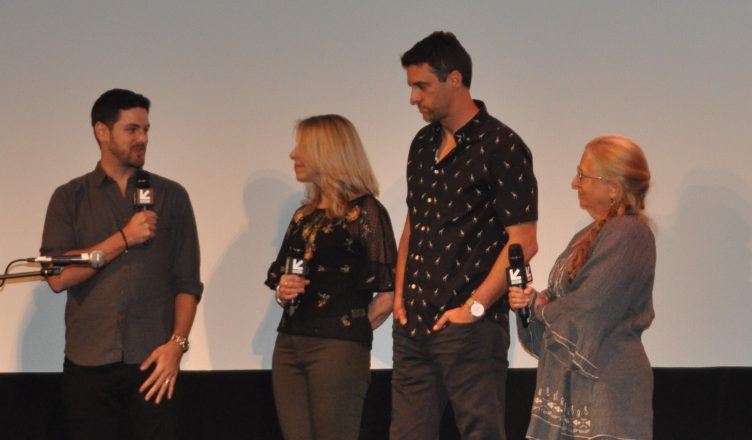 When you’re learning a foreign language, watching entertainment media is one of the basics to improve your skills.

As a Spanish speaker who learned English as a second language by myself, I can tell you that movies and TV series played a huge role in the way I improved my English.

A couple of years ago, when I decided to start my formation as an English translator at college, our professors told us that watching movies, TV series, cartoons, and listen to music in English was mandatory to develop our listening and speaking skills.

So, let me show how you can improve your English using movies through these five ways:

Slang is one of the most challenging parts of the language to be grasped by foreigners.

Since these words are created by ordinary people, they belong to what’s called a substandard register of the language. You won’t learn it at your regular English class.

The best way to learn slang is to be in touch with the language in a more organic way.

Movies provide you with all the tools you need to start understanding slang because you hear it in a precise context and by specific characters.

This way, you learn to tell the difference not only on the vocabulary but in the circumstances you can use it or not.

American English has many different accents depending on the region.

If you don’t live in the US, it’s hard to tell the difference between accents and where they belong. But movies give you the geographical information you need thanks to the setting and the characters.

If you pay attention to the way they talk, you’ll get used to the different forms of pronunciation and the variety of accents. And the more movies you watch, the more skilled you’ll be at the moment of understanding and identifying accents.

It’s one of the best reasons to access US Netflix using a VPN app, for example. There’s a broader  range of movies and TV shows over other regions which will help you.

Then there are other English accents like British English, Canadian English, Australian English, New Zealand English, South African English and the list goes on.

When you live in a non-English speaking country, you get used to following subtitles from a very early age.

Even though dubbed versions are more common these days, movie theatres offer both versions. Streaming services like Netflix allow you to choose the language and subtitle you want at the moment of watching a movie or a TV series.

Listening to the original version with subtitles is one of the best practices you can get to improve your English.

This can be applied when you’re learning any language. You don’t even need to be learning a language to enjoy the original version of a movie.

When you listen to the actors in their original language, you’re following their accents, dialects, emotions, pronunciation, personality. It’s the closest you get to listen to real people and experience it as you were there.

But subtitles are handy in other ways, for example, if you’re watching a movie on Netflix, you can choose the English subtitles instead of the ones in your language.

Why? Because this way, you’ll be listening and reading the words at the same time and this will help you to associate written words with the way they’re pronounced.

Besides being useful for learning slang, movies help us to improve and expand our common core vocabulary.

American English has many different words from other English variations, like British English. Movies are a great tool to learn these words in a context to understand their meaning.

Depending on the genre of movies you prefer, you’ll expose yourself to particular vocabulary or jargon, like medicine, laws, science, etc.

You also will learn how these words are pronounced in the American way, and you’ll be surprised at how differently they sound from British English.

Languages aren’t only words, they’re part of a culture full of traditions. Sometimes they’re hard to understand if we don’t live in that country.

Of course, English is not an exception.

Every English speaking country has a very different culture and traditions. Hollywood has exported American culture to the world, and thanks to the movies, we know a lot about their history, their everyday lives, geography, politics, etc.

And why we need to know about this?

Because language is full of cultural references all the time. You need a cultural background to understand a joke, slang, jargon, songs: otherwise, they would be empty words and phrases with no meaning at all.

When it comes to improving your English, American movies can be very useful.

They offer you the tools you need to expand your vocabulary, learn slang, appreciate different accents, get more involved in a different culture and traditions, and improve your skill at fast reading subtitles.

Don’t doubt in using movies as a tool to learn English.

If you already speak it as your second language, don’t waste your opportunity to improve it using one of the best, most easily accessible methods.