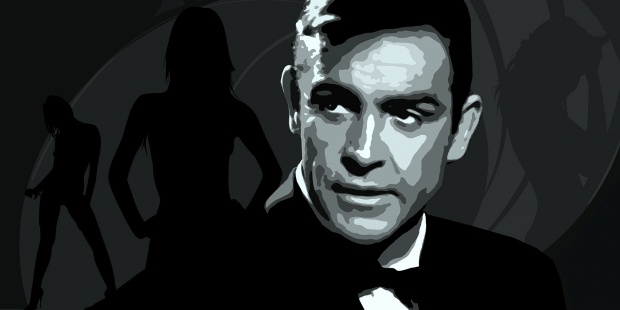 James Bond is a classic iconic franchise that has generated an enormous following. When the 50th anniversary of the one and only 007 came round a few years go, many people rushed to websites to put forward their most favorite films from the extensive Bond list. Not only were all the films closely looked at but so were the actors as well. Many people have specific views about which Bond was best and which did what better, hence why so many articles and polls have been written in order to try and figure out who/what is actually the best of Bond.

The comprehensive list of actors that have taken to the role is incredibly impressive: Sean Connery, Pierce Brosnan, Roger Moore and most recently Daniel Craig have all molded and interpretative the dark alluring character of James Bond and made it their own.

Even though each actor has brought their own spin on how they envision the secret agent, the franchise has continued to go from strength to strength. Take for example Casino Royale when compared to Tomorrow Never Dies, both films are dynamic and capture the essence of how dramatic and daring the life of a secret agent is, yet both are distinguishable against one another. Casino Royale almost seems to bring Bond back to a grittier and more hands on action approach rather than an over-reliance on gadgets. Daniel Craig is arguably much more rugged and unrefined when compared to Pierce Brosnan and yet both work as 007.

Recently an entire museum opened to honor the famous agent. The world famous spy was also honored by the Seminole Hard Rock Casino whom just presented a Diamond are Forever Slot Game, adding to the growing list of branded slot machines.

Furthermore, the fact that the franchise can develop and grow in such a way, while still maintaining a huge following is yet another reason why Bond is one of the ultimate secret agents to have ever graced the silver screen. This is most evident in the fact that more Bond films are in the pipeline, which is sure to have all Die Hard fans chomping at the bit.

As expected, with so many men, women and children all desperate to claim their own little piece of Bond, there are various items and collectibles that you can get your hands on. From the replica of Bond’s gun, Odd Job’s bowler hat and signed movie posters you can really showcase your passion for the best of Bond. If you want to go one step further then you can decorate an entire wall with a bond wall mural.