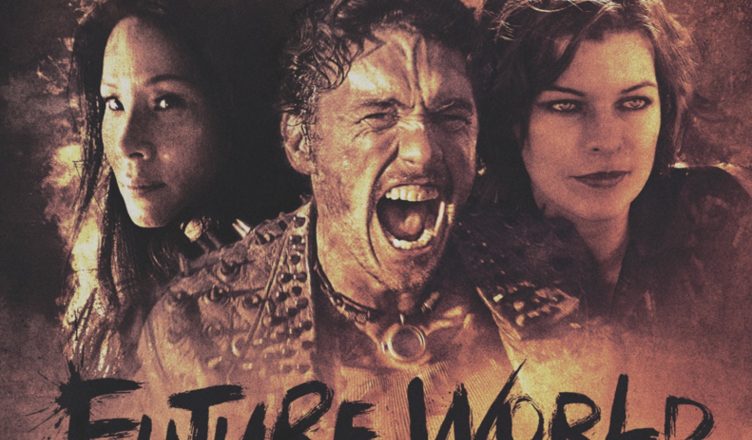 A post-apocalyptic sci-fi tale that wants to be Mad Max, but fails miserably.

James Franco co-directs with his frequent collaborator Bruce Thierry Cheung but also stars in this dismal attempt at a sci-fi thriller, along with some other big stars, Milla Jovovich, Lucy Lui, Suki Waterhouse and even Snoop Dogg.

Follow Prince (player by Mark Wahlberg’s nephew Jeffrey Wahlberg) as he travels through a desert in search of a drug to save his dying mother Queen (played by Lucy Lui).

Snoop Dogg “saves” the film (okay maybe just is the only highlight of the film) by playing the proprietor, called Love Lord of a strip club (good news there are still strip clubs in the future) called Love Town.

He is without a doubt the most entertaining part of this movie, but then again there was not much competition.

Endless chasing one another in deserts – maybe it’s just me but how many Mad Max/Westworld Wild West style desert scenes do you need? This movie seems to be one endless desert chase sequence set to monotonous electronic music. This all seems aimed at men, or men who like endless chase scenes in deserts?

James Franco plays Warlord, an evil psycho who finds Ash a female android (Suki Waterhouse) and activates her to make her become is personal assassin.

And what else would an evil psycho warlord want with a beautiful female android – oh yes to be a sex slave. (We really hope Franco had made all these sex slave/strippers in electric collar movie “plots” before the sexual harassment stories came out.)

While James Franco headlines the line up, Prince is the actual main character of the film. Teaming up with the newly activated Ash, Prince begins the never-ending journey through the desert to get the miracle cure for his ailing mother.

This cure is to be found with a woman called Drug Lord (played by Milla Jovovich) ay a place called Paradise Beach, and while on their journey to War Lord, they are pursued by Warlord and his henchmen – through that endless desert (leading to the endless desert fight scenes).

Between the chase scenes and fight scenes, Prince manages the time to be philosophical – we are not sure how (or why).

Too sum it up, too many desert fight scenes.

James Franco seems to have immersed himself in too deeply in his prior character Tommy Wiseau – and created another disaster just like that legendary filmmaker. Franco is a well-known and well-respected actor and director, but seems to have lost any amount of skill or talent when making this film.

Franco previously depicted literary adaptions, rather than this level of B level straight to DVD movie, so it is a surprising and unwelcome departure from his usual output.

This movie is a miss, and we suggest that if you have to watch it, rather wait for it to come out on cable and spend you extra money on online pokies or go view a real desert (there will be no chases or fight scenes – honest).