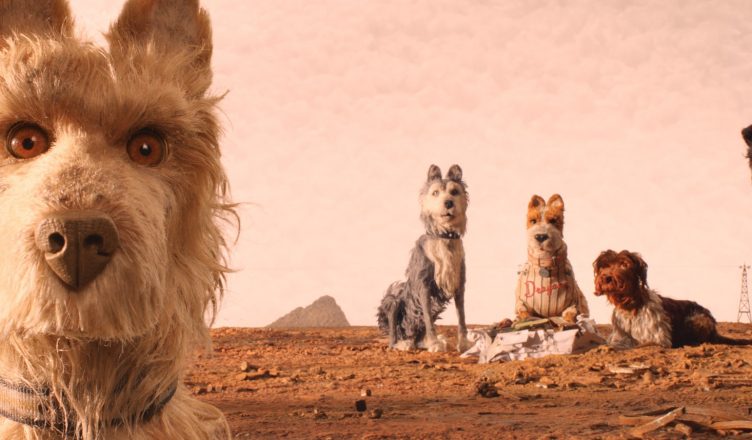 Isle of Dogs is such an engaging film with such a universal message that you can expect to soon see Isle of Dogs II, Isle of Dogs Vegas online games, Isle of Dogs t-shirts and Isle of Dogs comics. The movie offers a journey into a world populated by friendly canines who overcome all odds to outwit the humans. By the end of the movie, it’s not quite clear who’s in charge.

The plot of the film brings universal themes of love and loyalty to a simple story that imbues some of today’s most pressing political issues. The storyline revolves around  the Japanese city of Megasaki and takes place about 20 years into the future. A dog flu – snout fever – becomes a concern and to battle the threat, Megasaki’s mayor Kobayashi uses the excuse of a pandemic to exile the city’s dogs to a remote island.

The script for the movie was co-written by Anderson, Roman Coppola, Jason Schwartzman and Kunichi Nomura. The cast takes the viewers into the dogs’ new lives in the toxic island wasteland, using puppets and stop-motion technology. Anderson brings the audience into the lives of these former pets as they band together for the common good in a tale of universal truth.

Once the four-legged citizens have been safely shipped off to Trash Island, the toll on the humans left behind becomes visible. One of the first pooches to be “relocated” is Spots, the beloved speckle-eared, short-haired Oceanic sport hound who is the beloved pet of Atari, the mayor’s orphaned ward.

Atari flies to the rescue in his prop plane and is helped on the island by a canine team of scruffy mutts led by Rex (voiced by Ed Norton), Boss (Bill Murry), Duke (Jeff Goldblum), King (Bob Balaban) and Chief (Bryan Cranston)  Scarlett Johansson voices the character of Nutmeg, a stunning showdog. These hounds band together to help Atari locate Spots and bring some order back into the chaos that has claimed their lives.

Watch the trailer here – we’re sure it will get you hooked and leave you wanting to see the entire movie.

Boy and His Dog

The audience would be forgiven for considering this a basic boy-and-his-dog story but it’s so much more. In addition to the basic plot that has audiences rooting to see Atari and Spots reunited, there are side trips and subplots. The Japanese citizens converse in Japanese while the dogs bark in English.

Anderson takes every detail into account – some critics feel that the over-attention to such details becomes obsessive but others applaud the allure and vibrancy that comes from such focus. It also keeps viewers from thinking too much about the film’s dark subtext – at least, during the screening. Afterward, of course, it’s time to ponder the underlying theme and message.

The animation is spectacular with accompanied taiko drums and an uplifting Alexandre Desplat score. Each scene – each second of each scene – is carefully planned to deliver maximum impact, whether it be a moment when 2 dogs engaged in a staring contest or watching a pile of junk float by in the Pacific Ocean.

The film is flush with comic buoyancy and visual punches that will keep this movie in viewers’ minds long after the final credits roll down the screen. The climax, when Kobayashi sends an army of robotic attack dogs to the island to finish the job, will have the audience riveted to their seats as they wonder whether the flesh-and-blood canines will be able to overcome the evil and return to their former lives.

Back in Megasaki, Tracy Walker, voice by Greta Gerwig, helps save the day by exposing Kobayashi’s evil plan. Tracy is Atari’s friend who is in Megasaki as a foreign exchange student. She delivers a measure of hope to the dogs on Trash Island and, by extension, to the viewers who are rooting for their success.

The film’s themes of cohesiveness, community and empathy shine through. The dogs finally succeed in organizing a resistance, even without the intervention of their “elders” – Oracle (Tilda Swinton) and Jupiter (F. Murray Abraham). And no one will walk out of the theatre disagreeing with Atari’s assessment of the fearless mutts as “the finest beings I have ever known.”