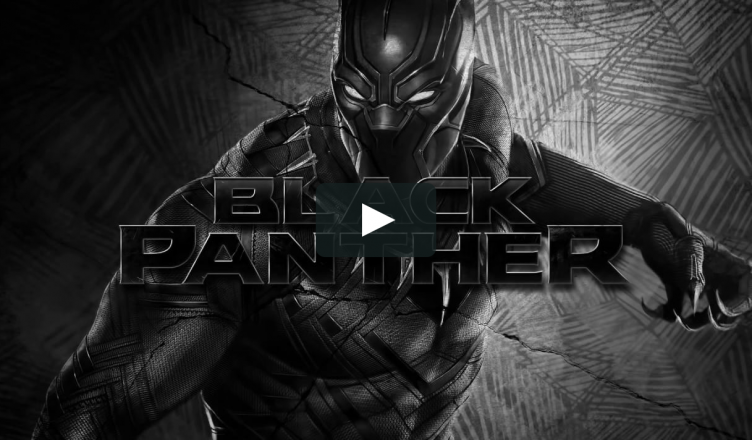 Black Panther is an action-packed film that combines great writing, good directing and a top cast of young, enthusiastic actors. Audiences will be transported from the Miami Club Casino back to the era that followed Captain America: Civil War. Prince T’Challah first appeared in that movie and now Chadwick Boseman’s Prince T’challa returns as the alter ego of super-hero Black Panther prepares to lead his country through change and challenge.

T’Challa returns to Wakanda after his father’s death. Wakanda is an advanced country where technological wizardry is taken for granted. T’Challa is prepared to take his place as successor to his father, the king and continue the pretense that Wakanda is a primitive nation. Wakanda pretends to be a backward country in order to protect the vibranium – a natural resource that gives the country the ability to race ahead technologically.

T’Challa  knows that the world has changed and must decide how to proceed – whether to continue the pretense and save the traditional way of life or bring Wakanda into the world community.

As T’Challa  ponders his next move Ulysses Kalue, a notorious arms dealer, along with collaborator Erik Killmonder, is able to secure some vibanium. T’Challa’s  drive to thwart Kalue and Killmonder’s efforts threatens his place as successor to the Wakanda throne. 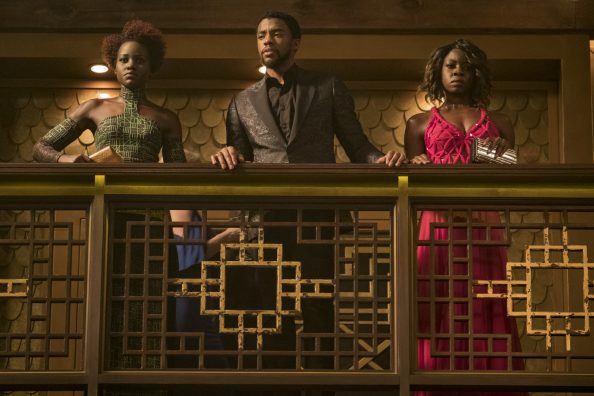 Director Ryan Coogler brings character and emotion to the script which he wrote with Joe Robert Cole. The film progresses through the suspense and intrigue even as T’Challa  tries to recover from the grief of his father’s death. The new young king is torn between leading Wakanda into the world and maintaining the nation’s traditions.

The Audience will be able to empathize with T’Challa  who depicted as quiet and thoughtful yet ready to leap into action as Black Panther when necessary. T’Challa isn’t scared to act when the situation demands but in general he’s content to wait patiently while taking a measured approach.

Coogler made certain to surround T’Challa with a strong cast of supporting characters. Every actor is given his/her moment to shine. Nakita is T’Challa’s would-be love interest but she is given plenty of opportunities to demonstrate her impressive fighting skills while Okoye, the head of Wakanda’s special forces, shows his fierce loyalty while protecting his country with passionate fury.

Wakanda’s unique culture is presented through T’Challa’s mother, played by Angela Bassett, and a spiritual guru portrayed by Forest Whitaker. One of the most engaging characters is T’Challah’s little sister, Shuri, who uses her skills as a tech wizard to build new armor and weapons for her brother.

The stand-out performance of the film is that of Michael B. Jordan who portrays Killmonger as a tragic villain who’s full of anguish and fury. Jordan adds a level of humanity to a character who could have been played as a simple rogue. In Jordan’s hands a simple Marvel bad guy takes on layers of humanity and emotion to which a viewer can relate.

One of the reasons that the viewer can relate to the storyline is because of the way that Wakanda is portrayed. Viewers will empathize with a nation that that wants to maintain its own rich culture and traditions as ancient rituals co-exist with next-generation technological innovations. The film succeeds in depicting a well-rounded locale where the old-school, which wants T’challah to keep the country safe through hiding, confronts the new guard that is prepared to take a more assertive stand.

It’s in this depiction that Cole and Coggler do some of the movie’s most impressive work. The film embraces diversity while confronting issues of race and economic disparity. Viewers can sympathize with the characters who grapple with the dilemmas through striving for guidance, education, and global leadership.

This is no carefree superhero blockbuster. It’s a film that makes the viewer think but there’s also plenty of opportunity to enjoy, vicariously, action-filled sequences and fully-believable characters.

Some of the best scenes center around the superhero action. There are fight sequences with Wakanda’s women warriors and a breath-holding car chase that has Shuri controlling the car in which T’Challah is riding remotely.  Check out the trailer here for a quick taste of the movie.

There are also some issues that the artistic staff might want to review before Black Panther II (which is almost a certainty) comes out. Some of the hand-to-hand combat scenes seem chaotic and Black Panther’s suit needs a little bit of work. But all in all, the film delivers.

Coogler should be commended for creating a Marvel Comic film that has depth and meaning.

One thought on “Let’s Talk about Black Panther”