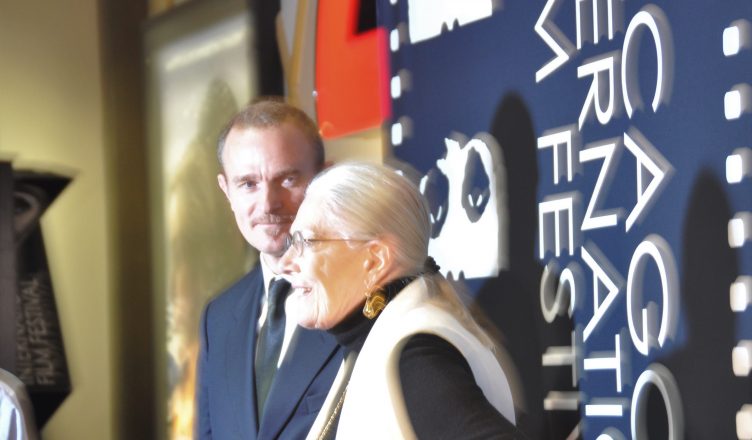 Vanessa Redgrave is one of the most honored actresses of her generation. Now 80, she has been Oscar-nominated six times (winning for Best Supporting Actress for “Julia” in 1977) and may be the only British actress to have won an Oscar, an Emmy, a Tony, a BAFTA, an Olivier, a Cannes award, a Golden Globe award and an award from the Screen Actors Guild (SAG).

Redgrave and her 48-year-old son, Carlo Nero, who also functioned as producer on “Sea Sorrow,” Redgrave’s first directorial effort, were present in Chicago at the 53rd Annual International Film Festival both to show the audience their heartbreaking film about the refugee crisis in Europe and to receive a special Visionary Award.

Those who have followed Redgrave’s storied career will know that she has always been a passionate and outspoken proponent for many causes (she is currently a UN Goodwill Ambassador). In 1978 there was a lot of controversy after her Oscar acceptance speech, amidst criticism of her involvement in the Arab cause after her work on “The Palestinian.” Wikipedia notes that, “The scandal of her awards speech (at the Oscars) and the negative press it occasioned had a destructive effect on her acting opportunities that would last for years to come.”

Now, Ms. Redgrave, with the help of other right-minded folk, has made a documentary about the plight of those fleeing Syria, Afghanistan and other countries and arriving in Europe. Appearing in the film in addition to the testimony of actual refugees are fellow actors Emma Thompson and Ralph Fiennes.  On the Red Carpet on Monday, October 16th, before her film was shown, I was able to speak with Vanessa Redgrave about her early career and the topic of the current film, the crisis with refugees flooding into Europe from Syria, Afghanistan, Iraq, Africa and other troubled lands. 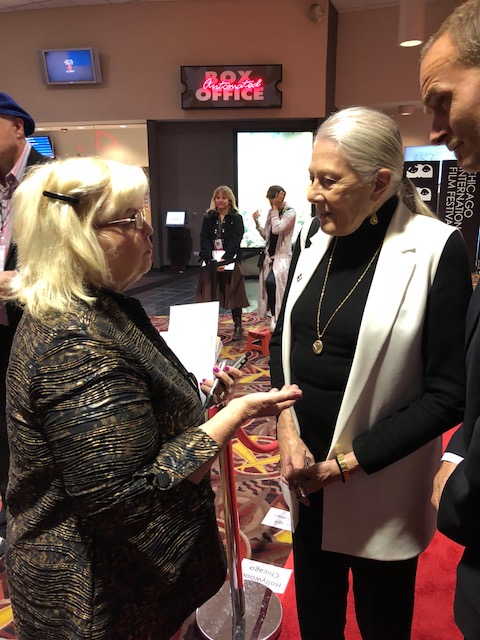 The Festival has been showing the 1966 film “Blow-Up,” directed by Italian director Michelangelo Antonioni and starring Redgrave and David Hemmings. The film was an international sensation more than 50 years ago, as it chronicled the story of a high-fashion photographer in sixties Swinging London whose camera might have captured a murder during a photo shoot in a park with an enigmatic beauty (Redgrave).  The film remains an art cinema landmark and a time capsule of the counter-cultural moment. When asked whether she remembered the sensation it created in 1966, she answered, at first, “Not really, no.”

She went on to say this about that classic film in response to questions:

Q1:  “Blow-Up” was such a breakthrough in visual filmmaking. (It was said, at the time, that Michelangelo Antonioni, the Italian director, even dyed the grass for the park shoot greener than it would normally have been.) Do you remember the reaction to the film?
A1:  I don’t remember. It was a huge excitement as an actress to work for Michelangelo Antonioni, to act for him and to learn what he was seeing. His approach was completely unlike the Anglo-American approach. And he was also very reassuring. He was sitting offscreen during the camerawork. At one point, the cameraman asked something about a scene and Michelangelo. said: “Don’t worry. She’ll either be able to do it or she can’t.” He didn’t know I could speak Italian, so I understood, and I thought, “Well, that’s reassuring.” I relaxed immediately and thought, ‘Well, at least he isn’t going to be mad.’”

Q2: What do you think causes the roots of fear about immigrants amongst other nations?

A2:  “A lot of has to do with media propaganda. Remember the media is owned by certain individuals.” Son Carlo interjected,  “A lot of the public has been poisoned by media articles, effectively making refugees out to be rats and it’s a disgrace that this can happen in the 21st century. And this is mainstream, mainstream media.”

Q3:  There was a quote in the Palme D’Or winning film “The Square” that said, “How much inhumanity must we experience before we exercise our humanity?” Perhaps you saw it at Cannes. Comments?

A3:  We must challenge our governments to act. Right now, there are children here who are all alone. I don’t understand how governments can fail to act.  [Redgrave’s film “Sea Sorrow”, which I will comment on separately, gives the legal grounding for protecting refugees, in general, and refugee children, in particular.]

Q4:  Having been in the film industry for over 50 years, what did you learn about yourself directing this film?

A4:   I learned that there was still so much I still had to try and learn. We had to work against the clock. We had to get it ready as soon as we could. It was the kindness of technicians who helped us that allowed that to happen. We had a lot of support making the film. We didn’t have a lot of money and we couldn’t have done it without a lot of generous assistance from others in the film industry who helped us (mentions Ralph Fiennes and Emma Thompson, both of whom appear.)

Both Vanessa (Redgrave) and her 48-year-old son Carlo Nero were gracious in answering questions fully At the end of our brief talk, before the movie began, she mentioned that they “might have an important meeting coming up in Rome soon,” without elaborating on that enigmatic statement.