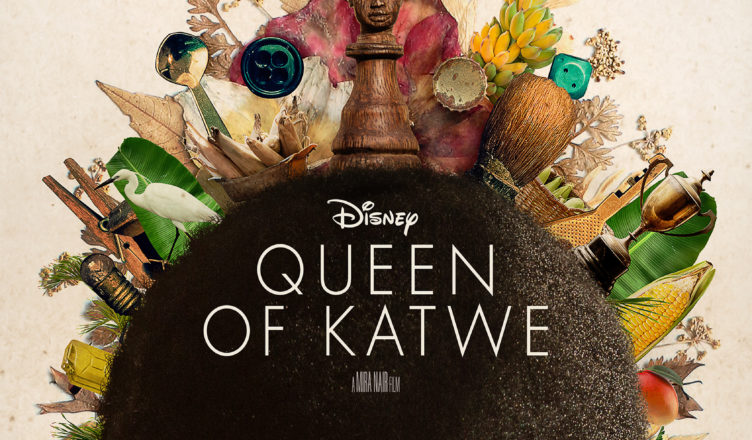 I walked into the Queen of Katwe not expecting much. I wasn’t too familiar with the film and I had a really hard time finding a theater actually showing the movie and, to make things more interested, I walked into a completely empty theater when it was showtime. This made me feel that I either walked into the wrong theater, the showing was cancelled, or worse. After a few minutes a few other folks wandered into the mostly empty theater and had a seat and the film began. The movie starts with a whimper despite the obnoxiously loud volume from the speakers in the theater giving us a look at Katwe’s home. Her home was disgusting. I mean really really filthy.

The acting in this movie is right on point. Fiona takes some getting used to as she’s so soft spoken early on in the film that I actually had a hard time discerning if the subdued approach was intentional or if Madina Nalwanga was a bad actor. After some time with her character you get a better sense of Fiona and why she’s typically soft spoken. She has no confidence! I see it now! They’re planting story beats and it makes sense. After all, this is a Disney film, right? So the character has to evolve into her final form before achieving some overall goal. Disney!

Martin Kabanza is full of energy and is phenomenal. This boy can act! Sure, he’s a kid acting like a kid throughout the entire movie but Lord knows that I want to learn how to snap my fingers the way that he does, lol. This boy was a welcome sight in every scene and even stole a few scenes from others.

The pacing was great. 2 hours flew by and I had no idea where the time went. I thought The Queen of Katwe would feel long and drawn out but I honestly enjoyed myself and I was actually surprised when it ended. The film ends a bit abruptly with where it is in the story and rushes through the ending using floating text and B-footage as explanation.

Lupita Nyong’o is amazing as an actress but this movie constantly asks for suspension of disbelief. I have to admit that I had a hard time believing that she birthed all these dang children. Lupita does not have the body of a mother. She’s the right age and her acting helped me ignore a lot of that but it is a bit jarring. Also, watching this movie was sort of like watching a Harry Potter without all of the magic.How can 7 years go by and nobody age. Should I just turn the brain off?

There’s no antagonist. No Draco Malfoy. The fact that the writers didn’t insert a rival or antagonist for Phiona was a bit… disappointing? I wanted to see her overcome some specific obstacle or opponent in this movie but that never materialized. Phiona’s antagonist in this movie is Phiona as she has to overcome her own fears and doubts in order to grow as an individual.

I like David Oyelowo character Robert Katende. I didn’t understand his lack of backstory. One moment he’s an engineer, next a soccer star, next a chess coach that’s shepherding a team to the upper echelons’s of the chess community. That’s fine but the critic in me would like a better understanding of how he got to where he is today. The Queen of Katwe does not take a lot of time giving us insight into the history of our characters and and it would be nice to know a bit more in order to deepen our investment. I get it, nobody likes to dwell on the past but if you’re gonna have this Jack of All Trades pulling off superhuman feats then it would be nice to let us kno that Superman came from Krypton, even if only mentioned in passing. Robert Katende had money which was an anomaly compared to how others lived. Robert’s wife alluded that he used to gamble as a soccer, and they do mention a back injury ending his career, but it’s unexplained how he lives so much better than so many other characters in the film who either live in shacks, the street, or with whomever will put them up. Most of the people of Phiona’s village got water from the local watering hole … and when I say watering hole I don’t mean like The Lion King watering hole, I mean like a rusty pipe that releases water into a dirty creek so they have like 6 inches of stream to place a bucket to get some water that’s less dirty than the rest. Meanwhile David Oyelowo’s character had a house with four (!) walls, electricity (!!), books, a radio and more. No TV, but a lot since nobody else had anything. Heck, the main character couldn’t even read when the film started.

I enjoyed this film with a mostly empty but powerful audience and the film succeeded in gripping our attention throughout with it’s wonderful storytelling techniques and heartwarming charm. Gasps, laughs, and cries are all audible from the audience even over the thunderously loud speakers.

One thought on “The Queen of Katwe is beautiful but jarring”