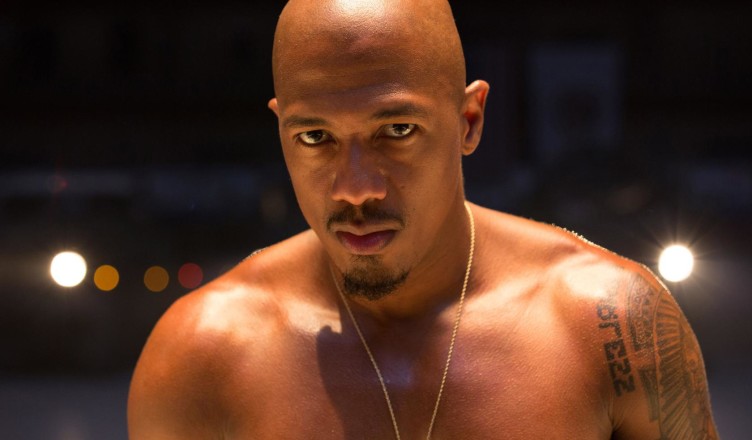 Synopsis: A modern day adaptation of the ancient Greek play Lysistrata by Aristophanes, set against the backdrop of gang violence in Chicago. (Imdb)

Spike Lee is taking on the Chicago violence, and in reality he should have stuck with trying to fix the New York Knicks problems instead. In the controversial Chi-Raq, Lee attempts to showcase the gang violence on Chicago’s South Side, but fails to find any realistic remedy for it in his film. Two rival gangs going at each other with seemingly no stop in sight. A stray bullet that kills a child is the turning point in this gang warfare as the women of these South Side communities get together attempting to stop the men from further senseless murders.

The concept is ambitious, but the execution isn’t. The film’s story is based on a Greek comedic mythology Aristophanes’ Lysistrata. The problem is that Lee can’t stay completely true to that aspect. Certain characters are named Lysistrata, Cyclops, an Dolmedes, while others have names such Commissioner Blades an Major King Kong. Then there is Nick Cannon’s character that’s named Chi-raq. The character names aren’t consistent, and neither is the movie. The characters speak in rhymes and verses that sound more tacky than meaningful as these spoken words should be.

The majority of the film is based on the rebellion of these unified women protesting against the men. It’s a man versus women stand-off. The theme is “No peace, no p****,” or in more PG terms “No peace, no piece.” Either way it misses the real message. The films justification to stopping violence is by starting a protest and holding out on sex. Lee had a chance to do something meaningful with the movie, instead he goes for the cheap, easy, and mindless way out with the plot focus revolving around sex. The approach to it is tasteless, and the gags aren’t funny.

What exactly does Chi-Raq mean or stand for? Is it as simple as it being Nick Cannon’s character name? Is it an unpleasant and catchy way of describing the Chicago gang violence? There is no consistency with the use of this title either. What’s with the narration and short cameos from the pumpkin orange suit wearing Samuel L. Jackson? Couldn’t they involve him in a more meaningful way instead of having him serve as a ghost-like narrator that attempts to infuse some underwhelming humor?

Even though Lee seemed to scramble the message that he was trying to send. His depiction of women in the film is ambitious. The lead of the film is played by Teyonah Parris who plays Lysistrata. She’s surrounded by a strong supporting female cast, who are a big focal point of the film. The film is told from a female perspective and Lee’s message is that when female’s unite they have powerful influence and can spread their beliefs across the globe. There is a scene where women from different parts of the world are seen protesting and carrying out the sex ban that Lysistrata started.

Local Evanston native John Cusack gives one of his best performances in years as Fr. Mike Corridan, a character based on the real life priest and social activist Fr. Michael Pflager. In one particular scene Cusack gives a dynamic sermon. It’s as if he was cutting a wrestling promo, just full of life and passion. Nick Cannon also does fine work. It’s intriguing to see Cannon play a conflicted person battling inner demons, instead of being the cheery comedic guy he usually portrays.

Lee misses the mark with Chi-Raq. While there will be some chatter created regarding the gang violence and gun issues in Chicago and around the country, the missing social impact could have been significant had the movie been a more honest portrayal. This movie had controversy written all over it from the start, and the debate will continue. Questions such as why didn’t Lee tell the story in a more serious tone? Why did he base it on a Greek myth? What’s the solution to the issues these communities face? Lives matter, but ultimately this movie doesn’t.