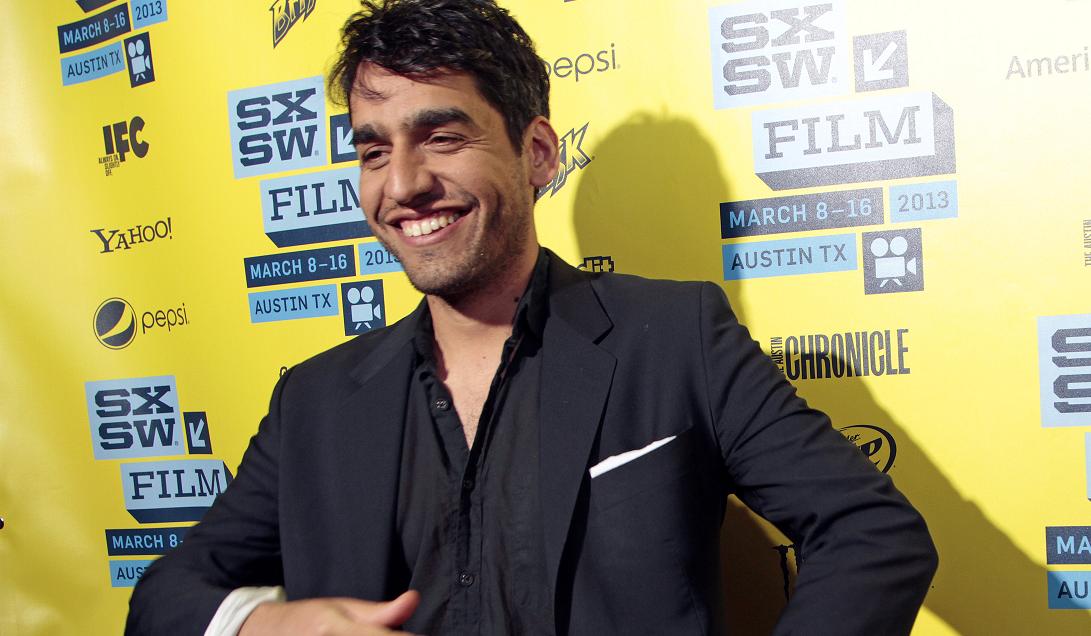 “The East” is a savvy, sexy environmental espionage thriller by director/writer Zal Batmanglij that stars the charismatic Brit Marling, who is also the co-writer. Marling portrays Sarah, an ace undercover agent who infiltrates The East, an “eco-terrorist” group that lives off the land and strikes back – in actions called “jams” – at corporations and pharmaceutical companies that abuse the environment. Patricia Clarkson plays Sharon, Sarah’s cold-blooded boss, who heads a private intelligence firm, and whose only interest is protecting large corporations that hire them. Sharon is concerned about Sarah and warns her not “to go soft.”

Sharon has reason to worry about her young intelligence officer. The East’s call for social justice begins to resonate with Sarah, who also starts to fall for Benji, the mysterious leader of the anarchist group. Benji is played by “True Blood” star Alexander Skarsgard. Ellen Page (“Juno”) has a memorable role as Izzy, Benji’s hard-nosed second in command. After some rocky first impressions of the group, just like Sarah, our sympathies and reactions towards the activists shift. They are a fascinating and appealing group of people, even if audiences may not empathize with their tactics for justice and social change.

“The East” is Batmanglij’s follow-up to “Sound of My Voice,” another unsettling story that starred Marling (who also co-wrote) as a cult leader, whose followers have a passionate need to believe in someone or something as they search for meaning in their lives. This is also a recurring theme in “The East,” which gives audiences a lot to chew on.

The director/writer was at the Crosby Hotel Monday for a junket for “The East,” where he talked about the film, including what inspired him to write it, what he learned about his two months as a dumpster diver, and what makes environmental activists sexy.

Here are highlights from the interview:

How did you manage to make a movie about environmental abuse into a sexy, involving espionage thriller instead of a polemic or a message film?

Zal Batmanglij: I think activism of itself is sort of sexy because it’s walking the walk, which I think is always very appealing. When we see somebody really walk the walk, of course, then the question becomes how far is too far? That’s something we explore in “The East.” Whatinspired you to make this film about a group about environmental activists who dumpster dive for food and strike out at corporate abuse?

ZB: Brit and I lived one summer in the summer of 2009 with different activist groups. And we did that not as research for a film but just to live our lives because we had hit a dead end in Los Angeles, and we wanted to explore how other young people were constructing meaningful lives. And so when we hit the road we encountered anarchist farmers. We encountered activists living in squats in the inner city. We encountered groups who were just trying to live off the grid and without using all the bells and whistles of Capitalism but instead trying to take the waste of Capitalism, like food in dumpsters, nice dumpsters like Trader Joe’s or Whole Foods, and trying to take that waste and turn it into bounty. And at first that seems really anathema. You’re like, what is that? And then when you start seeing that that food, like all the donuts that are in the dumpster at Dunkin Donut because they have to be because they have to make room for the fresh donuts, when you see those can feed people, when you see that you can make carrot soup out of the carrots in the back of the Whole Foods dumpster, and you can feed up to sometimes 150 people in some of the squats we were living in, then your mind is blown and all of a sudden you’re like, “Wow, this is cool!”

Over the course of the two months we spent living on the road we didn’t consume any films, even though I’m used to watching about a film a day, if not more than that. We didn’t consume any recorded music. We didn’t look at any magazines. We weren’t interacting with that community, the community that we normally interact with, therefore our perception of what was appealing changed and so when we started writing the script I think we always intended for it an appealing world because that’s how we saw it. But we then in the story took the world to another level.

We started going down the rabbit hole of an eye for an eye justice. So in the movie the group is totally fictitious. We made it up. We never encountered activists like that. But all the corporate crimes, the pharmaceutical, the kids who died of cancer from their bath water, that’s all absolutely true. We didn’t even exaggerate one detail for cinematic effect, and so that drug does exist on the market. It does make about 1.4 billion dollars a year. It does have those side effects in certain people who take it. When we started trying to hold those companies accountable we found that it started going to an extreme. That’s when the extremism starts coming into it and where everything starts getting murky.

Given the subject matter did you have a hard time selling this film to the studios?

ZB: No, we didn’t even try to sell it. We were always going to make it independently because we’d had such great success with our first film (“Sound of My Voice,” 2011) making it ourselves. The studio actually came to us and we were like, okay. “But (they said) can you move as quickly and nimbly as we’d like because we think these are issues that are pressing today.”

Talk about the espionage thriller aspect of the movie, and Brit Marling’s role as both co-writer and star.

ZB: If we thought more about our characters before we wrote them we would write her less tough roles. (Laughed) On something like “The East” Sarah is lying to everybody. It’s a very tough role to play. Normally in these kinds of genre films the person in deep cover has a handler they’re telling everything to every five minutes, which is so unrealistic…we didn’t do that. We wrote a tough character, but I still see Brit as sort of an action hero. I think she has an intrepidness and a certain intelligence that’s very appealing.

Where did the title the East come from?

ZB: I was always taken by Frank Baum, and his notion of  “The Wicked Witch of the East.” Did you know he named that after Washington because he thought Washington was screwing over Kansas?…I was always fascinated by that and by his way of creating Oz. Talk about the casting Alexander Skarsgard and Ellen Page.

ZB: The casting was pretty easy. I mean it’s never easy to cast a movie, but it was nice because it was a litmus test. It was like who wants to go and have an adventure with us and Alexander and Ellen raised their hands and we were like, okay, love you guys. The East has an unusual eating ritual. They put on strait jackets and feed each other by long spoons they put in their mouth. Where did you come up with that?

ZB: It come from a parable that heaven and hell are the same exact thing. They’re both banquets…and you can’t reach the food and you’re chained up to each other and there’s these long spoons. And in heaven everybody’s feeding each other. And In hell they’re starving trying to get to the food.

I think that we’re hungry. I think we’re all hungry for an authentic experience and so I think that the straitjacket scene and soup scene is trying to get closer to something authentic and less selfish and so, yes, there’s actual physical food but there’s also mental food happening. They’re trying to feed each other but also they’re trying to show Sarah her own selfishness and she walks right into that trap.

This film also works as an espionage thriller. Were you trying to make it more accessible than your last film, Sound of My Voice?

ZB: We did purposely make the film PG-13 in order to make the conversation as wide generationally as it could be. I don’t know if we thought “Sound of My Voice” was less accessible and this more accessible. I don’t think we think like that. But we definitely, with this film, we screened it in Philadelphia one night and for some reason in Philadelphia a lot of parents brought their young teenagers, 13 or 14 year-olds, or I don’t know if it was the 13-14 year-olds who brought the parents. Either way there were a lot of kids and their parents. They were asking questions in tandem and that gave me a great thrill that they would go home, and in the car ride home, and the next day they’d wake up and talk at breakfast about the ideas in this film.

Do you think directors have a social responsibility to affect cultural change?

ZB: Not necessarily to change it but to make sense of what we’re going through. I don’t think film has the ability to change as much as the ability to reflect, and I think it’s important. We live in such a strange time. I think we’re all looking, at least I’m looking every time I go to the movies or read a book, for those custodians of storytelling to tell me what the f…k is going on…The news, everything is so confusing to me. We tried in some way to start part of the dialogue but I’m looking at other filmmakers on a weekly basis, every time I go on a Friday or Saturday to see a movie, to tell me what’s going on.