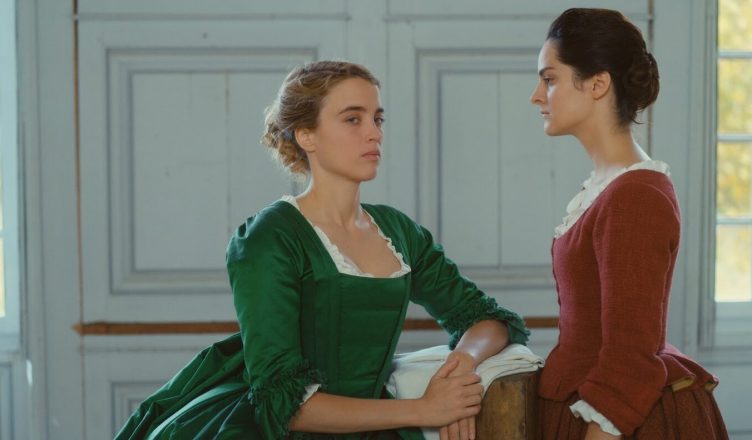 Portrait of a Lady on Fire (2019) is a French historical romance drama released on 18 September, 2019. The film won the award for Best Screenplay at Cannes Film Festival.

The story follows a female painter, Marianne, who gets invited to paint a portrait of Hélöise, a newly bride to be. However, Marianne has to do so in secret as Hélöise refuses to pose for a portrait. What follows is a forbidden love affair between the two girls, which makes up to be a very powerful story.

Each frame of this film feels seems like a beautiful painting. With a perfect balance of shadows and lighting, the cinematography is truly a piece of art. The lighting from the fireplace adds a special affect to the already flawless camerawork. The sudden shifts from dark to light and back to dark colour palette gives it another depth.
The director, Céline Sciamma, delivers an impeccable cinematography. The extreme close-ups—especially the beach scene in which Marianne keeps glancing at Hélöise—were beautifully shot. The cards-playing scene, in which the camera is focused on their smiling and laughing faces instead of their hands, was my personal favourite. 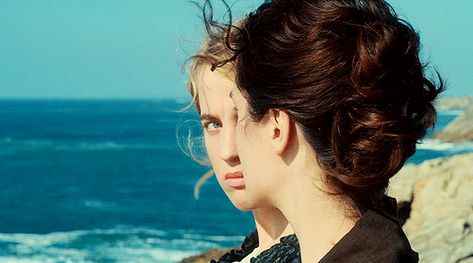 The relationship between Marianne and Hélöise is powerful, and the audience feels its intensity while watching the film. Their romance is slow-burn, but quite extraordinary. Even when they’re not talking, their expressions speak a thousand words. The subtle flirting and glances in the beginning were excellently crafted.

The incredible cast of all-female actors gave heart-warming performances. The long scene with Hélöise (Adèle Haenel) listening to Vivaldi’s Four Seasons with tears in her eyes was extremely overwhelming to watch and brought tears to my own eyes. Both Adèle Haenel and Noémie Merlant did a beautiful job in breathing life into their characters. The secondary character of Sophie, played by Luàna Bajrami, also won my heart.

The screenplay of the film did not fail to amaze me. The rhythmic and profound dialogues played a huge part in its success.

“When you’re observing me, who do you think I’m observing?”

-Hélöise, Portrait of a Lady on Fire

Portrait of a Lady on Fire delivers a poetic message, inspired by the story of Orpheus and Eurydice. I especially loved this detail, and thought about it for a long time. The scene of Hélöise wearing her wedding dress and calling out to Marianne, just like Eurydice, was hauntingly beautiful.

The emotional story and slow-burn romance of the film might not be everyone’s cup of tea. From the first scene onwards, there is a touch of sadness which fills each scene.

Portrait of a Lady on Fire is as poignant as it is beautiful.

Visually striking and compassionate, Portrait of a Lady on Fire is a treat for the eyes and heart, and definitely deserves a watch.