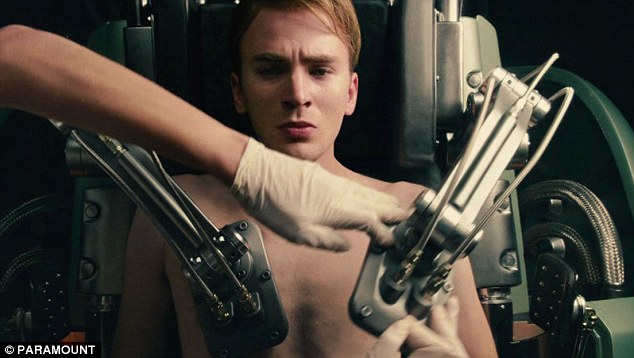 With so many DC and Marvel heroes hitting the big screen this year, comic book fans around the world have been spoilt! We’ve been saturated in superhero origin stories, building up to until-now unheard-of cinematic universes on a massive scale.

The origin stories of many superheroes take up a similar trend. The tragic element tends to arise in most of them and a good number have some form of radiation in there too, we have to stop and wonder…just how realistic is this reaction? CBRN equipment experts, Kromek, explore further…

Steve Rogers achieved the ultimate physical condition for a human being through secret experiments. These tests gave Steve Rogers a Super-Soldier serum before he was exposed to a series of vita-rays — a unique combination of wavelengths of radiation designed to both accelerate and stabilise the effects of the serum on the body.

Although we don’t know what was in the Super-Soldier serum, we’re able to predict what would happen if the human body was exposed to radiation wavelengths. Sievert is the unit that measures radiation, which measures the amount of radiation absorbed by human tissues. 1 sievert is equal to 1,000 millisieverts (mSv), while one mSv equals 1,000 microsieverts. We are exposed to between two and three mSv of natural radiation per year. Have a CT scan and the organ studied typically receives a radiation dose of 15 mSv if you’re an adult and 30 mSv if the individual is a newborn baby, while a standard chest X-ray often involves exposure to around 0.02 mSv and a dental X-ray usually 0.01 mSv.

The lowest level of exposure to mSv per year that shows an evident increase in the risk of cancer is 100. Whereas 1 sievert has been said to cause a fatal cancer many years later in 5 out of every 100 individuals who are exposed to the radiation. Become exposed to large doses of radiation or acute radiation though and your central nervous system, as well as your red and white blood cells, will be destroyed and your immune system compromised.

Steve Rogers in real life would have likely either died, or suffered a total collapse of his immune system.

The Hulk, the Strongest Avenger

Even before Bruce Banner had his powers he had shown heroic qualities by saving a man who’d driven into a gamma radiation test facility. However in doing so this saw him take a blast from a gamma bomb experiment — a turning point in Banner’s life as it turned him into The Hulk and saw him grow huge and green, (originally grey), whenever he became angry.

If you took a direct hit from a gamma bomb you would most likely get incinerated where you stood. There’d be little time for you to feel any sort of emotion – including anger! This is because gamma rays are the highest energy form of light — they lie beyond violet on the electromagnetic spectrum with shorter wavelengths than ultraviolet rays and X-rays. One gamma ray offers at least 10,000 times more energy than a visible light ray. Gamma rays also knock electrons about in rapid fashion, with the charge particles then disrupting any chemical bond that they come into contact with.

Gamma rays aren’t all bad though; in the right hands, they can be very useful. Take the gamma knife for example, which is a medical device which aims gamma rays at a patient’s brain in order to kill tumours.

Peter Parker was bitten by a radioactive spider whilst on a science facility tour with his school. And before long the nerdy teen was swinging around defeating evil villains and saving civilians all over New York City under his new identity Spider-Man.

Would being bitten by such a spider really give you powers? Technology publication Gizmodo has shed light on this by imagining a scenario where a person is bitten by a spider whose phosphates in its DNA backbone had been replaced with a radioactive isotope of phosphorous, Phosphorous-32. As a quick side note, be aware that while fans have never been told exactly what the spider that bit Peter Parker was irradiated with, recent origin stories of Spider-Man have at least mentioned DNA hybridisation.

Back to radioactive spiders for the moment. Due to the half-life of this radioactive isotope of phosphorous being around 14 days, Phosphorous-32 would only stay in the human body for a short amount of time and actually likely be excreted eventually through the urine. Gizmodo also points out that Phosphorous-32 is a beta emitter, and so would be blocked by a thin sheet plastic to prevent too much harm being caused to those who stood nearby the person who had been bitten by the radioactive spider.

The Kryptonian wonder, Superman gained his huge array of powers by absorbing radiation from the sun. In the real world though, ultraviolet rays in sunlight can be harmful to the skin when the body is exposed to too much of it. Subject the skin to a large amount of sunlight and you may witness mild reddening in the short turn and suffer from sunburn, whereby the skin will be blistered and eventually will peel.

Long-term sun exposure, however, generally leads to skin ageing and wrinkles. On a much more serious note, the risk that you’ll develop skin cancer will increase too. Superman may have some amazing abilities then, but you’d be much smarter applying sunscreen onto exposed skin instead of letting the sun’s rays do their damage on your body!

Everyone’s dreamt of having superpowers. However, our human bodies seem incapable of going through the transformation that many of our comic book heroes did when they came into possession of their abilities.