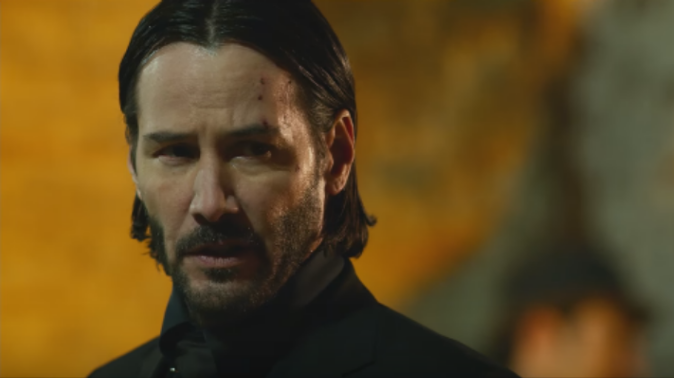 Everyone’s favorite killer John Wick is back in an even more murderous, violence glorifying trailer. While I did think the first John Wick movie was a bit gassed (as it lacked any real plot), this second John Wick 2 trailer looks quite pleasing to my minds violent eye.
From the fancy suits, to the million ways you can assassinate somebody, this John Wick 2 trailer is sure to get it’s money’s worth this February.

Watch the John Wick 2 trailer below:

I don’t know about you, but I can’t wait to indulge on some of the best violence we will see on screen this year. John Wick 2 is not only full of the bad-ass Keanu Reeves, but everyone’s favorite Ruby Rose, Common and others will be joining in on this super-assassin flick.

Check out the official John Wick 2 premise (as it seems quite similar to the very first movie):

Legendary hitman John Wick is forced back out of retirement by a former associate plotting to seize control of a shadowy international assassins’ guild. Bound by a blood oath to help him, John travels to Rome where he squares off against some of the world’s deadliest killers.

Well at least we will get to see some cool action sequences around some fancy land marks. . .