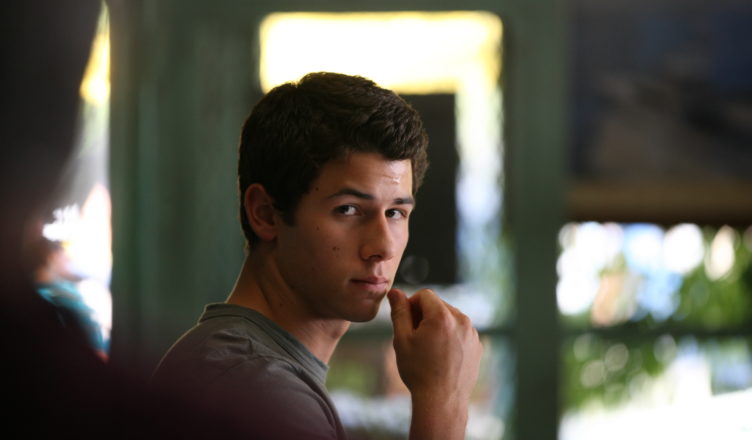 Synopsis: Doug Martin has an affair with a married woman who has involved him in a scheme that might has them on the run from the law.

Nick Jonas was really good! I was shocked at how much I enjoyed his performance. He was vulnerable and didn’t overact. He seemed like a real teenage dude. I’d take him any day over someone like Taylor Lautner. Not to mention this was Jonas’ first film role. Not bad for a pop singer. You can tell, since he looks super youthful in the movie (it works for his character), as it was shot in 2013. I’m just as surprised how ripped Jonas was three years ago. Isabel Lucas should be cast in every movie. She’s just impossible to take your eyes off her. This was a really interesting part for the soft spoken Lucas. She nailed the femme fatale character of Lena. She was mysterious, seductive, sexy, and manipulating. All the right ingredients to make a believable femme fatale. Her character drives the movie’s plot. The on-screen chemistry between Lucas and Jonas was good. They made me believe that an affair between them was possible. They had this on-screen passion that just worked.

I enjoyed the plot development also. The romance between Lena and Doug starts out fairly quickly, but her motives and plan takes time to develop. I liked the choice of the location being a Carolina beach town. There were no social media distractions or much cell phone use in the film. It was pretty simple and focused on people interacting with another. It was exactly what director Elizabeth Allen Rosenbaum was going for.

The plot twists were pleasant surprises. It wasn’t obvious what Lena was scheming and you don’t find out till the very end. It’s not easy to sustain that sort of intrigue throughout the move, but the story deflections helped secure the twists.

As much as I enjoyed the final twist at the end, I would have liked a bit more of a buildup or rationale to it. While it was a surprise I didn’t see coming, a little more hints earlier in the movie would have made it easier to rationalize at the end.

Ok, so the dialogue isn’t top-notch, but it really doesn’t have to be. There is one scene that’s questionable. Doug is being questioned by the sheriff, and then storms off on his bicycle. The cops can’t catch Doug. Come on.

I had a lot of fun watching this movie. It definitely accomplishes what it sets out to do–entertain and throw some curveballs along the way. Nick Jonas was a huge surprise. Isabel Lucas finally gets a bigger part that gives her the ability to play more with her character. “Careful What You Wish For” is one of those hidden surprise films that doesn’t get mainstream attention, but is highly entertaining. A movie young adults will enjoy. I liked that the ending wasn’t typical, and actually had a message of accountability. Be careful what you wish for, because this sexy thriller might be more than you can handle. ;)

“Careful What You Wish For” releases in Theaters, On Demand and iTunes on June 10.

You can also reach me at: [email protected]