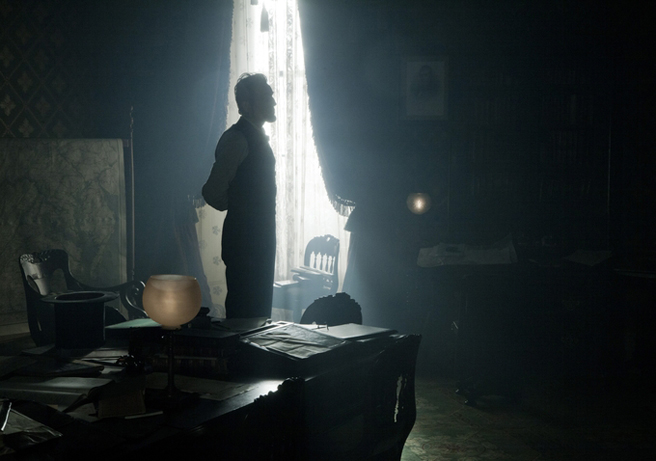 The historical masterpiece of Lincoln will get its well deserved day in the classroom. Participant Media announced on Monday that Lincoln will be distributed to numerous schools around the country when the film becomes available on DVD. This is just in time for Abraham Lincoln’s birthday which will be celebrated this Tuesday.

All Middle and High Schools Across the U.S. to Receive DVDs of Steven Spielberg’s film as Part of Education Outreach

BURBANK, CALIF. (February 11, 2013)–Jim Berk, Chief Executive Officer of Participant Media announced today that, in conjunction with their upcoming Social Action Campaign, “Stand Tall: Live Like Lincoln,” kicking off on February 12, Steven Spielberg’s critically acclaimed film “Lincoln,” a DreamWorks Pictures/Twentieth Century Fox film, in association with Participant Media, will be distributed to all middle and high schools, both public and private, throughout the United States when the film becomes available on DVD. Participant Media, DreamWorks Pictures and Fox/Newscorp are funding the unparalleled effort with Disney In-Home creating the packaging and Disney Educational Productions handling the distribution.

Compiled and designed by Disney Educational Productions, the DVD package each school will receive includes an Educator’s Guide to help teachers engage in meaningful discussions and complete lesson plans relating to the significance of Abraham Lincoln’s leadership and the importance of that period in our nation’s history.

Speaking of the impetus for the educational outreach, director Steven Spielberg says, “As more and more people began to see the film, we received letters from teachers asking if it could be available in their classrooms. We realized that the educational value that  ‘Lincoln’ could have was not only for the adult audiences—who have studied his life in history books—but for the young students in the classroom as well.”

Said Participant CEO Jim Berk, “Before the film was released, we engaged Penn Schoen Berland to conduct a research study to help inform the focus of our Social Action campaign for ‘Lincoln’—this is something we do for all our campaigns.  Among the findings of the study was that more than half of Americans think it’s important to learn about Lincoln, but two thirds say they know little to nothing about him. While I’m sure that’s changed thanks to the tremendous popularity of the film and all the surrounding attention, it still clearly indicated the need to better educate our students about the 16th President’s accomplishments.” (The full research report is available for download on takepart.com/lincoln/research.)

“Lincoln” has resonated with diverse audiences of young and old across the nation, grossing over $170 million to date. The film has elicited tremendous positive response from educators, politicians, historians and the general public and stands as testament to the fact that an understanding and knowledge of history can be an enlightening and powerful tool for all Americans.

On February 12, in honor of Lincoln’s Birthday, Participant Media’s Social Action Campaign, “Stand Tall: Live Like Lincoln” will bring the film to 8 U.S. towns all named Lincoln, followed in mid-March with screenings at 15 Lincoln high schools across the country in largely underserved communities. As part of that effort, each school will receive brand-new, audio-visual equipment to best experience “Lincoln” and any future films they screen at their school. The new AV equipment includes: 120” portable screen, Blu-ray and DVD player, projector and new speakers. Screenings will be followed by moderated conversations and distribution of Disney’s educational curricula.

Playing a movie like Lincoln in the classrooms across America is of great importance. The press release seems like a strategic way to garner much needed vital attention as awards season gets kicked into high gear. This serves as a reminder to Academy voters that Lincoln is the more important movie in the Oscar race – one that will have longer lasting historical significance then a feel good espionage thriller like Ben Afleck’s ARGO.”