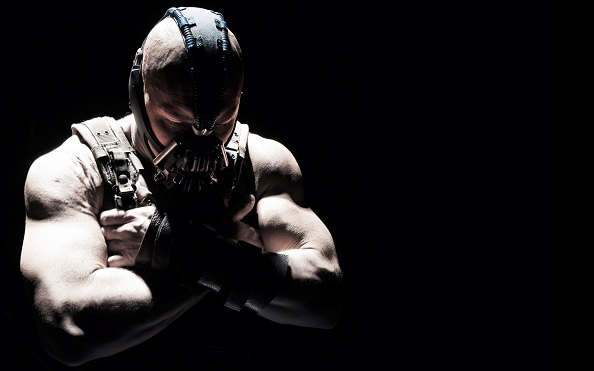 After multiple complaints regarding Bane’s muffled voice during the pre-screening of “The Dark Knight Rises,” Christopher Nolan stated that he would not be changing the voice of Bane. Although he may not have changed the voice, there were some very clear changes with regard to sound mixing and editing to make his voice slightly more clear. If you play the video below and listen to the before and after, you can hear a distinct difference in vocal clarity and also hear some changes in the scripted dialogue.

I think the most critiqued element of “The Dark Knight” was Batman’s voice. I’m guessing that Nolan wanted to ensure that Bane’s voice would not be another satirical element that may downplay the dramatic moments of the film. It is ironic that in the comics before this franchise, it has been a common joke that Batman’s voice was ridiculous and I’m sure many other characters are heard in a similar way. I actually give Nolan credit for paying attention to the fine details of the comics, regardless of how it may make the characters sound.

2 thoughts on “Bane’s voice was changed in ‘The Dark Knight Rises;’ listen to the before and after”