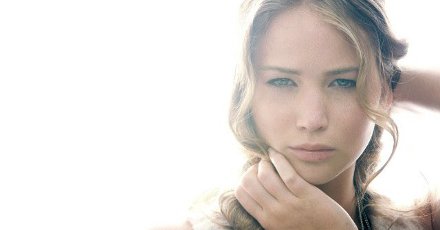 The ink has dried and the mystery surrounding the main character casting has concluded with Jennifer Lawrence emerging as the selection for the Hunger Games movie and it’s intended sequels.

It’s official! Jennifer Lawrence, who earned an Oscar nomination for her heartbreaking turn in the indie darling Winter’s Bone, has officially signed on the dotted line and will play Katniss Everdeen in the tentpole production of The Hunger Games, and its intended sequels. (The Wrap.)

Based on the YA novel by Suzanne Collins, the film adaptation will center on Katniss, an impoverished teen providing for her mother and little sister in the smoking ruins of what once was the United States. To feed her family she and her best friend Gale, a teen boy who broods like a man, hunt illegally in the woods that surround their district. It’s Katniss’ survival skills and archery prowess that come in handy when she’s entered in the Hunger Games, a nationally televised event produced by the government.

This is some very exciting news as the centerpiece of the film has been chosen and Jennifer now has a 2nd franchise to latch onto for the foreseeable future. I haven’t read a single book in this series but I tend to be a sucker for post-apocalyptic movies so I find the premise very intriguing and look forward to finding out what all the excitement is about.