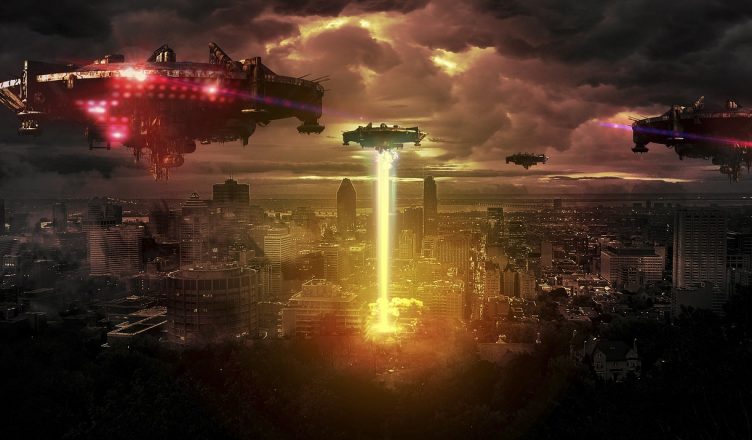 Some movies are all about the visual experience, with stunning images and epic landscapes that need more than your standard 1080p resolution. To really do these movies justice when you watch them at home, you want to replicate the movie theater experience as much as possible.

A 4K projector is an excellent tool for this, giving you both the screen size and the resolution to make your viewing experience completely immersive. On the flip side of this, if you already have a 4K set-up, you want to find content that will let you get the most out of it—movies that take full advantage of the extra resolution.

If you’re looking to expand your 4K movie library, here are our top picks so far in 2018. All these movies provide a stunning visual experience that will really let you see what your 4K TV or projector can do.

There has been plenty of debate about whether Black Panther lived up to the hype in terms of its story. For some, it was a cinematic revolution; for others, it was just another superhero movie.

However you feel about the storyline, though, there’s no denying the sheer visual beauty of Wakanda. The first sight of the kingdom is enough to take your breath away on the big screen. The artistic direction here is top notch, from the staging of the fight scenes to the panoramic landscape shots.

Black Panther tops our list because it gives you everything you want in a 4K movie. It goes beyond simply looking good and becomes downright immersive. With fun characters and a compelling storyline backing up the visuals, it’s one title that belongs in your Blu-ray collection.

Fans of the Star Wars franchise were split when it came to this Han Solo prequel. The biggest critique was that it didn’t add enough to the universe, just fleshing out a story every true fan already knew.

That story’s a good one, though, and if nothing else Donald Glover’s spot-on portrayal of young Lando Calrissian makes it worth the watch.

A breathtaking visual experience is one thing you can count on from a Star Wars movie. Even the bad ones put on a good show, taking you across the galaxy from one fantastical landscape to another. The effects in Solo live up to this reputation, and they’re downright dazzling in 4K.

Some people have called this Steven Spielberg’s best film in a decade, bringing him back to blockbuster status. It’s a cool concept, taking viewers back and forth between a near-future dystopian reality and the largest open-world video game ever conceived. Add lovable characters and massive visual effects and you’ve got a movie that will suck you in and take you for a ride.

The book version of Ready Player One is in the same category of young adult novels as something like The Hunger Games—fine for kids, but adults don’t have to be embarrassed about reading them. The frequent references to ‘80s and ‘90s pop culture make this one even more fun for grown-ups.

If you’re into geek and gaming culture, Ready Player One is a must buy. Even if you’re not, it’s an entertaining flick with loads of visual excitement.

This one feels like a bit of an obvious choice. Throw a dozen plus Marvel superheroes together into one movie and of course you’re going to come up with something epic. If you’re after action-packed entertainment, Infinity Wars has more than got you covered.

Narratively, Infinity Wars had some problems—any movie with that many big characters vying for screen time is going to feel a bit crowded. Visually, though, it’s stunning, and there are scenes that will give you chills even on multiple re-watches.

The only caveat we’d give is that if you’re not familiar with the Marvel universe, this isn’t the best place to start. Having said that, it’s fun and entertainment on a huge scale that definitely takes advantage of a 4K resolution.

The thing about all four of these movies—and the reason they’re perfect for 4K—is that they really make good use of a massive screen. Paired with a good surround sound system, a 4K projector can give you practically the same immersive viewing experience you get in the theater. That’s arguably the way movies on this scale were meant to be watched.