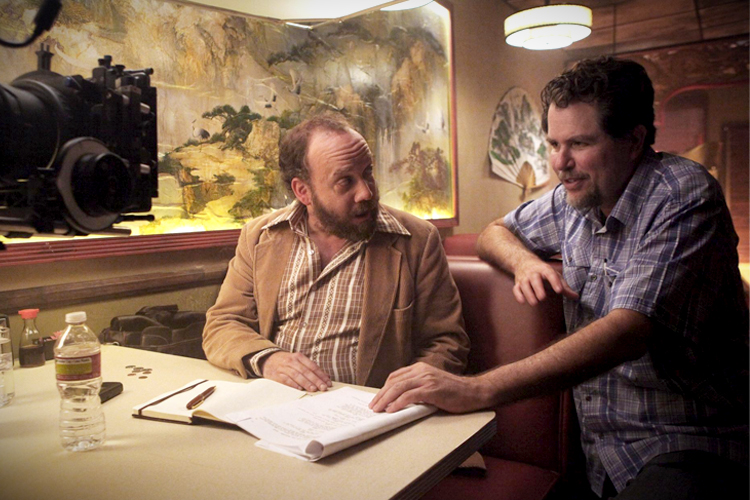 John Dies at the End is a graphic novel written by David Wong which was adapted into a movie and, like the book, will gain a cult following among hipster enthusiasts who probably wouldn’t be caught dead in a movie theater showing the latest Nicholas Sparks adaption of the romantic drama Safe Haven. John Dies at the End opened at last year’s Sundance Film Festival and made its way through the festival circuit throughout all of last year while gaining buzz and momentum toward this year’s release. Bubba Ho-Tep filmmaker Don Coscarelli directed and co-wrote the screenplay for the adaptation and spoke with me about how he discovered the horror novel, as well as how he views directing, and the joys of working with a great actor like Paul Giamatti.

Coscarelli has an unusual back story about how he came across the graphic horror novel that he made into a movie: he discovered this book based on the automated recommendations on Amazon.com for another item he recently purchased.

“This is an interesting choice to do a movie which was decided by a robot,” Coscarelli joked.

Coscarelli isn’t kidding when he tells that this is how he discovered John Dies at the End. How fitting in an era of our digitally programmed culture that a director would stumble upon his next work in such a manner. What eventually drew Coscarelli to the work of the comedic fantasy graphic novel John Dies at the End was becoming how he became entranced by the unique nature of the story and how it truly held his attention. Featuring a penis door knob and one hideous meat monster among other unexpected moments, Coscarelli was drawn to the horror graphic novel because it never had a dull moment nor an unoriginal idea and the novel proved to be a challenging film experience that inspired Coscarelli. “I just loved the writer and [David Wong’s] writing style because it felt very different to me…The book is just loaded with ideas and work wonderfully in this context. This creative challenge of bringing someone else’s work to life has so many possibilities of achieving someone’s else ideas as realistically as possible.”

Surprisingly to some, an actor such as Paul Giamatti might not be an ideal actor for a sci-fi/fantasy comedy, however movie fans will be pleasantly surprised to discover that an actor like Giamatti loves to work on such unorthodox features. For me films like Cosmopolis and Cold Souls come to mind and despite his lack of a lengthy resume of experience, Giamatti has a wealth of experience working in the alternative genre as well as the dramas that appeal to adults that are considered awards bait.

“Paul Giamatti is one of the best actors working today. Its no secret why some of the big directors want to work with him. Some of his greatest acting is when he’s not talking.”

Coscarelli continued to praise Giamatti in expected ways but went on to declare:

“He’s one of the nicest guys to work alongside with. He’s a national treasure in my mind. He truly loves the horror genre, but its not the kind of things that get offered to him.”

Coscarelli took the notion of being a director for John Dies at the End seriously as well as he also did the notion of being the creative ambassador to communicate the vision of Wong’s horror novel in film. This notion was also key in creating a work that contained the right kind of directorial magic and casting the right actors to play vital roles with key characters. With the challenge of bringing the scatter shot, non-linear work to life, Coscarelli would have a front row seat to the finished product.

“As the director, you are the first audience. Its such a joy to be the first one to see the movie!”

John Dies at the End is OnDemand and in very select theaters.

Clarification: While writing this post, I contradicted myself describing the original content of the source material was based upon. To clear up any confusion, John Dies at the End was based on a novel from the horror genre and not a comic. It does feature graphic content. My apologizes.