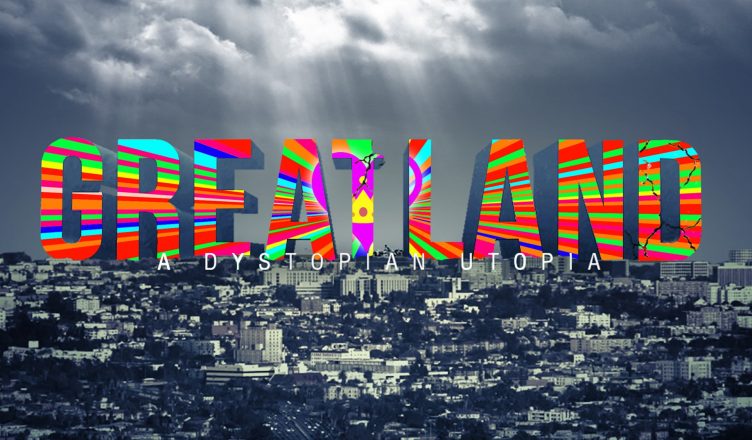 The new fantasy sci-fi film “Greatland” is gonna rub some folks the wrong way. It is supposed to.

This is not personal opinion. Writer/Director Dana Ziyasheva expresses her pointed intentions during my interview with her.

To turn a Marxian phrase, “Government is the opium of the people.”  Mindless obedience and unquestioned faith invested in those who solely, and soullessly, seek to keep the masses mollified appears to be one of many themes running through “Greatland”.  Does this notion dovetail on any level with your intent?

Greats dismiss the notion government as something contemptible that only exists in Evildom. Greats think, they are free, superior to everyone else and no one tells them how to live their life. In fact, they are treated as mindless children by Altruists, the de-facto government of Greatland. Altruists are convinced that they won all cultural wars, empowered every minority group and gave rights to everybody, down to insects. 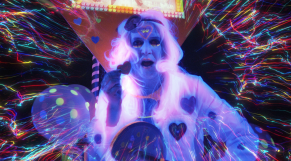 Clerk is the one who tries to convince Altruists to tune into people’s mood. His “Mind Map” shows the growing discontent in the society that Altruists chose to ignore. Clerk worries that social contracts are not working anymore, and Greatland is increasingly vulnerable to external aggression. To me, the realpolitik and erudite Clerk exemplifies the type of a government that sees itself as a servant of people and not their master.

One thing for certain, this is a story that seeks to sear and skewer rampant, over the top, detached political correctness.  The relentlessly moving target of ever evolving “gender fluidity”, blind acceptance of absurd, and absurdly dangerous, societal tenets and self-delegated “PC doctrine policing” are all targets fired upon at will here.  Your thoughts?

“Greatland” takes PC to the extreme, for sure. At the same time, Felinists and the Woof Party can hurl insults at each other all day long, it doesn’t change the fact that most of Greats depend on “Mother” for food and shelter. Greatland shows the futility of arguing over definitions and words when one lives in a dumpster. In fact, that’s what Altruists want: a population consumed with these endless arguments; it’s one of the “divide and conquer” techniques.

The young actor Arman Darbo delivers a strong performance as the pivotal character of Ulysses in “Greatland”.  His “journey of truth” mimics that of Tennyson’s mythic hero, culminating with a climacteric quote from the bard’s classic poem near the film’s conclusion.  Talk about directing this promising young talent Darbo, and about the investigation of exploration, both physical and personal, in “Greatland”.

Arman and I discussed the script of “Greatland” a lot, and even modified some of Ulysses’ lines based on Arman’s feedback. Arman made the logic of “Greatland” his own. At the center of this world is his relationship with “Mother”; Ulysses loves “Mother” like his real mom, he doesn’t know better. Arman interacted with the watch on his wrist as if it was a person which was so crazy, it gave me goosebumps!

Ulysses is your average teenager, mild-mannered and apathetic — the proverbial still waters that run deep. He’s OK with the system as long as it serves his interests. The story is told from Ulysses’ perspective. What for (the) audience is a discovery of Greatland with its weird rules, for Ulysses is just another day in his life. Arman’s relaxed and matter-of-factly portrayal of Ulysses helped to “sell” this world to the audience.

Ulysses’ character also has this ambiguity that Arman and many teenagers have: you think he doesn’t pay attention, he doesn’t care, and all of a sudden, he comes up with an original solution to a riddle. That made the character less generic and more visceral, unpredictable, grounded in reality.

I agree with a film critic at the Moscow Film Festival who hailed Arman’s work in “Greatland”: “To play such a fierce pink trash in that serious committed manner and without a drop of embarrassment is a feat. And the young man in the frame is like fish in the water.”

What drives you to make films, Dana?

My mind works like a prism. It reflects the reality, but the image bounces off of so many angles that what gets eventually projected on the screen surprises me more than anyone else. Making a film is a journey, from the idea inception to who gets to be in the “Thank you” credits. Both the journey and the destination are very exciting and I guess this is what drives me.

“Greatland” is available now on both amazon Prime Video and on Tubi.

A Candid Conversation with Dana Ziyasheva about her provocative film "Greatland"

A Candid Conversation with Dana Ziyasheva about her provocative film "Greatland"

The new fantasy sci-fi film “Greatland” is gonna rub some folks the wrong way. It is supposed to.