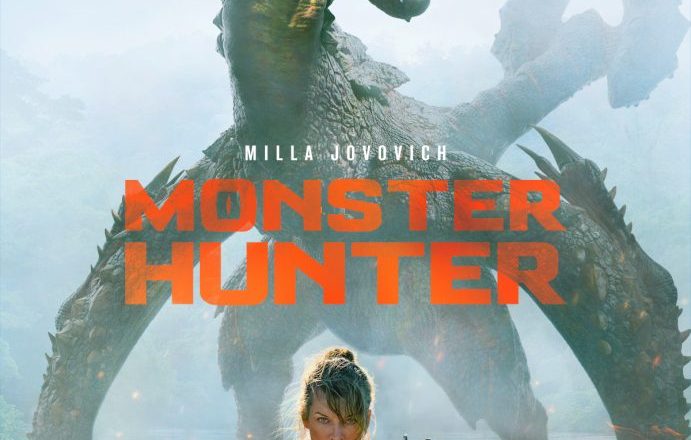 I think this movie could have been named “Resident Monster Duty” instead. Here we got a movie which looks like a mashup of Mad Max: Fury Road, Call of Duty, Resident Evil and Godzilla! Writer and director Paul W.S. Anderson brings you Monster Hunter which is based on the popular video game series Monster Hunter. It stars Milla Jovovich as Captain Artemis who gets transported by a sandstorm portal into a new world ruled by dangerous monsters along with her team of soldiers. There Jovovich and her soldiers team up with a mysterious hunter (Tony Jaa) to fight these monsters.

In my opinion, Jovovich might have got tired of trying to take down zombies and wanted to try out something new. So, why not kill monsters this time? After watching the opening moments of the trailer, one thought strikes me. What the hell is “Draco” the dragon from Dragon Heart doing here!? Draco was supposed to be a gentle dragon, right? Here he looks more or less like the Godzilla with wings! Jokes aside, if you watch the full trailer you may assume this was another Resident Evil movie of Jovovich. There are some recognizable monsters too. Did you see Diablos and Rathalos from the Capcom Games? Also, I thought I saw a group of dinosaurs running in one particular shot.

The trailer is packed with Jovovich and her team trying to take down these monsters with guns, canons, and what not! The monsters seem pretty tough as they endure lots of attacks but are unharmed. We can also see Jovovich fighting the monsters single-handedly with some fire swords.

“The bigger they are, the harder to kill” caption sounds too generic. It could have been better if Anderson had come out with some better caption rather than this. To sum up, seriously this is not what Monster Hunter video game fans like me expected from the trailer.