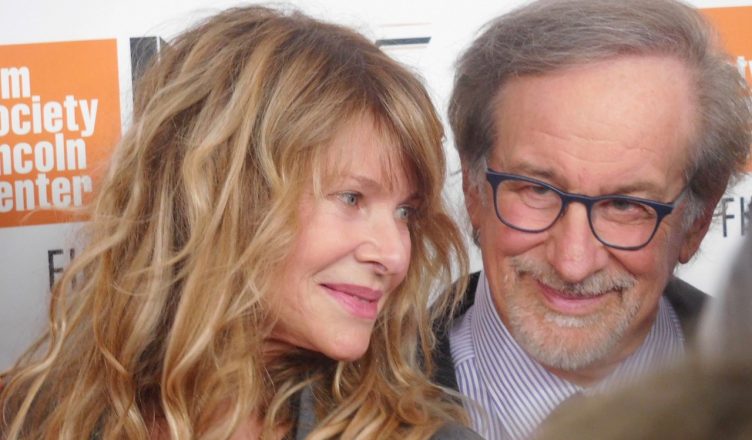 The world premiere of Susan Lacy’s documentary “Spielberg,” about the world’s most prolific and popular film director  was celebrated Thursday evening at the New York Film Festival.

A  compilation of clips from most of Steven Spielberg’s  films — of which there are many — this admiring portrait is 2 hour and 27 minutes and is eye candy for hard-core Spielberg fans, which includes just about everyone who loves movies. (It was made for HBO and will debut Saturday.)

The movie clips begin with “Jaws” in 1975 to “The BFG” in 2016. Spielberg got his start directing for television when he was barely 20 and there’s a great scene from the tv movie “Duel,” (1972) with some adrenaline road rage action shots that foreshadow what was to come.

The movie is a comprehensive look at the director’s life,  delving into his personal life along with his early childhood. The movie begins with scenes from “Lawrence of Arabia,” a movie he was obsessed with and at age 16 inspired him to become a director. There are also funny anecdotes about the making of many of his films, notably “Jaws.” Who knew the gigantic plastic fish sunk and they had to make another one. And they had to economize. (If you think about it, there aren’t that many scenes of the shark; there’s that music and anticipation.) While he was making “Jaws,” with one catastrophe after another happening on set, everyone thought the film would be a disaster, but instead it put him on the map.

Also stand outs in the film are intimate and happy family scenes with his parents and sisters. Most of his movies he points out are about breaks up and reunifications. This mirrors his family life and the devastation he felt when his parents separated and then years later reconciled.

There are also talking head interviews but what talking heads! Spielberg’s pals are Brian De Palma, George Lucas, Martin Scorsese, Francis Coppola and Tom Hanks. They all have lively anecdotes and pointed comments.

Spielberg has given Lacy’s documentary his seal of approval, and the two spoke to journalists on the red carpet together.

Asked what he learned about himself making the film, Spielberg told reporters, “I found myself making discoveries through Susan’s probing questions that felt a little bit like therapy. I was able to realize, ‘Oh, perhaps that’s what I intended 30 years ago.’ But it’s not something that I dwell on in my every day working life, but I even had some epiphanies.” Spielberg said in the end he was proud of the film.

As for what she learned about her subject, Lacy said, “I couldn’t believe how articulate Steven was in talking about his craft, no hesitancy. He knows it from beginning to end and everything’s very intentional, beautifully described. He makes it accessible to people hearing about it and his memory is amazing,” she said. “Even the truck in the movie ‘Duel,’ he was able to describe it as though he shot it yesterday…And the other thing is he has an amazing visual sense. I mean I knew it. But I didn’t know until I heard from people how you actually see the movie in your head when you shoot it. And he’s shooting exactly what he needs because he’s already seen the movie in his head and that’s an incredible gift.”

Said Spielberg, “I have all the movies I’ve made in my head but I can’t find my socks in the morning. I mean something has to give and that’s usually the stuff that falls out of my memory… I’m much less organized at home than I am on the set or even in preparation.”

He mentioned epiphanies during the course of the film. What were some?

“I found out how much I truly my sisters and what my mom and dad did for all of us and how my dad continues in his life at 100 1/2 and my Mom who I lost this year continues to be with me to fill my heart with courage,” said Spielberg. “And the other great thing was I realized like George Bailey at the end of ‘It’s a Wonderful Life,’ at the end of watching Susan’s documentary, I realized how many friends I truly have in this world.”

Incidentally, the documentary ends with Daniel Day-Lewis talking about careers having a shelf life. Day-Lewis received an Oscar for Spielberg’s “Lincoln” in 2012. Day-Lewis recently said he would retire from acting. This leaves the view wondering if Day-Lewis talking about himself or Spielberg. The director shows no sign of slowing down, with at least four films in IMDB that are in development or recently, including “The Post,” a newspaper thriller starring Tom Hanks which is in post production.