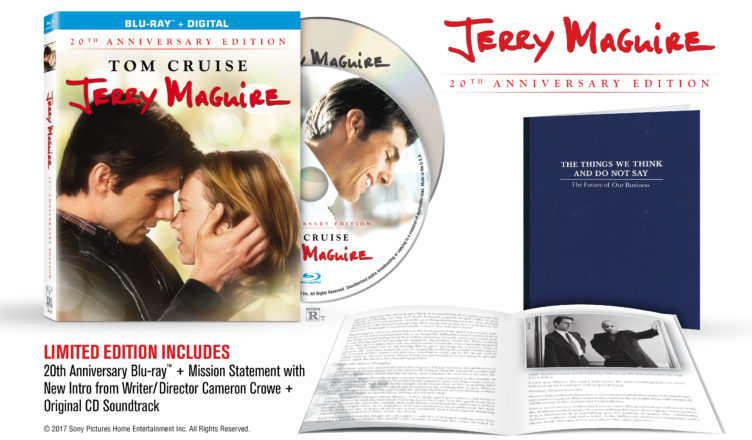 You can hear Cuba Gooding Jr. shout “Show me the money,” once again come January 3. Sony Pictures Home Entertainment is releasing the Jerry Maguire 20th Anniversary Edition Blu-ray. The Blu-ray is set to include nearly 60 minutes of extended and deleted scenes. In addition a three-part retrospective that I’m definitely looking forward to. Here is what else you can expect: