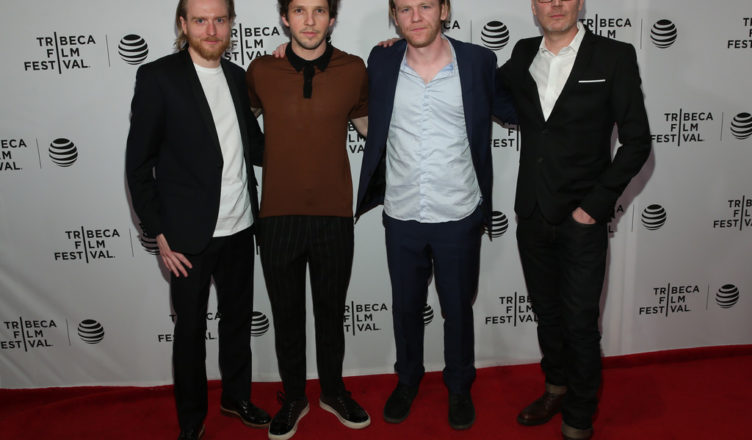 “Tiger Raid” has been drawing buzz lately at Tribeca Film Festival. I had a chance to speak with Writer/Director Simon Dixon, producer/co-writer Gareth Coulam Evans and the films stars Brian Gleeson and Damien Molony about the film. Below is an excerpt of the interview, including the entire audio of the interview:

How did the idea of the film come about:

GCE: At the beginning of the story we got involved with an Irish playwright, a guy called Mick Donnellan, who we were familiar with a bunch of his work and started to talk to him. He shared with us an unproduced new play called “Radio Luxembourg”, and that play had the kind of genesis that the central characters Joe and Paddy it. There was something in his wonderful use of language to explore the real kind of darkness of what men do, with the kind of poetry a humor that was really compelling to Simon and I, so we were seduced by it, but we wanted to do work with a broader international scope to it. Not just in terms of setting, but what people could respond to around the world, so we took that story with Mick and moved it to the Middle East. That’s how Simon and I came to it.

SD: We didn’t want to be those guys that kinda with a script in a coffee shop wanting to be filmmakers, we are very much people that get out and do things. We looked at maybe a hundred different scripts and what we were looking for is something that’s exciting that had a slice to it, something that would create an interesting, potentially dark and intriguing take on the world I suppose.

BG: I think I got involved maybe a few months before shooting. I auditioned for Paddy originally, but the lads were like nope that’s not going to work (everyone laughs).

DM: I was actually working with some Irish actors at the time on a TV show. I got sent the script and there was this huge buzz on set among the young Irish actors about this script “Tiger Raid”. I read it and absolutely loved it. Loved the dialogue, loved the relationships, loved the characters, loved the story. I met the guys and read for them and they offered me the job.

“Tiger Raid” is still on the festival circuit, but be on the lookout for it’s U.S. release date.