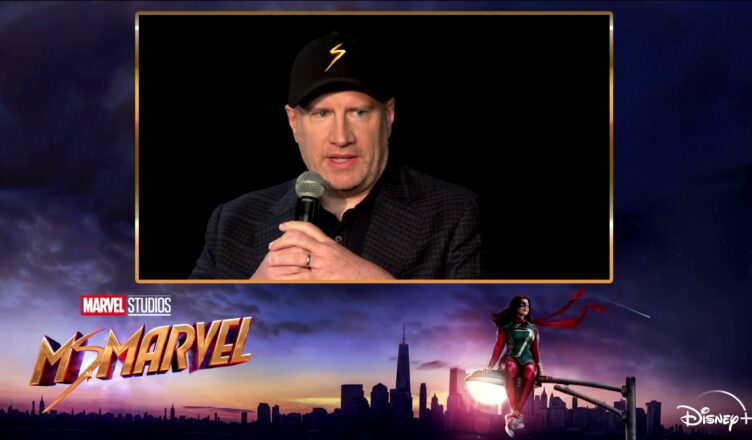 There’s a lot of buzz surrounding Disney lately. After dominating headlines with announcements and trailers coming out of Star Wars Celebration from Lucasfilm we’re getting some Marvel news. Kevin Feige is busy promoting the new #MsMarvel MCU show that is set to debut on Disney+ on June 8th. Kevin Feige is surprising fans during a virtual press conference by sharing that an “Avengers Con” event (similar to Star Wars Celebration) could be very possible in the future.

Star Wars Celebration is a very popular event with fans attending in large numbers to the annual show. For years, Marvel has been a heavy presence at conventions like the San Diego Comic-Con and New York Comic-Con. The company is not as large of a presence at those shows lately and Marvel is primarily participating in Disney events like D23. An Avengers Con managed by Marvel specific for their properties is a new and exciting prospect. This isn’t confirmation that they will definitely organize such a convention… yet. This announcement from Feige will definitely be taken seriously by the MCU fanbase. We’ll let you know if any other cool news comes from this Ms. Marvel panel…

Ms. Marvel is the new show coming to Disney+ on June 6th. A great student, an avid gamer and a voracious fan-fiction scribe, she has a special affinity for superheroes, particularly Captain Marvel. But Kamala struggles to fit in at home and at school—that is, until she gets super powers like the heroes she’s always looked up to. Life is easier with super powers, right?

We’ll keep you posted on more information as soon as it’s available.