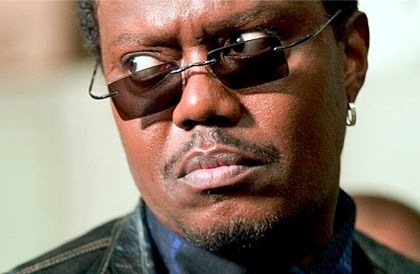 This tragic news was unexpected to say the least. Comedian and actor Bernie Mac has passed away apparently from complications arising from pneumonia. CNN gives us this:

Danica Smith, the comedian’s publicist, had said Thursday that Mac’s condition was “stable,” The Associated Press reported. “When I got the call this morning, it was just devastating news,” said Chicago Sun-Times columnist Stella Foster. “Let’s face it: Bernie Mac was one of a kind. He was the best of the best in terms of giving you a good laugh.” Smith previously said the pneumonia wasn’t related to sarcoidosis, a lung disease Mac had, which had been in remission since 2005, according to AP.

What a sad day. Mac was never my favorite comedian in the world, nor my favorite actor, but from all accounts he was a genuinely good human being who brought a lot of smiles and a lot of laughs to a lot of people throughout his career. To me he’ll always be the used car salesman who got punked by Bumblebee (come on… he was hilarious in Transformers!). Damn, I wasn’t even aware he was sick. Sad day.