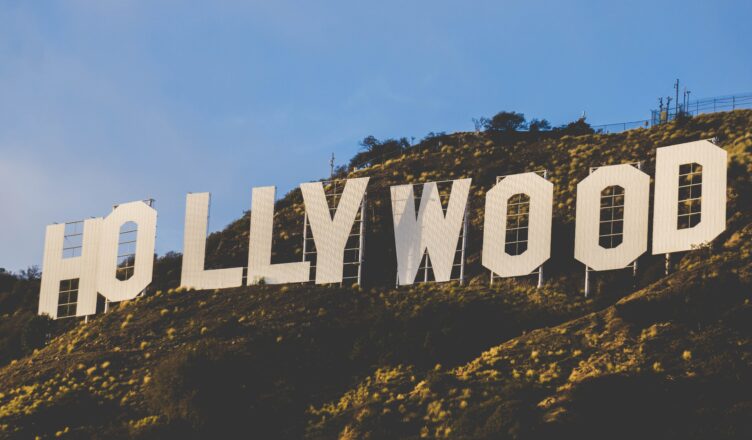 Few locations in the world do entertainment better than Hollywood and Las Vegas. In fact, both cities developed hand in hand. The Vegas Strip popped up in the 1970s, at which time powerful moguls from the West Coast looked eastward with casino-resorts in mind.

MGM’s Kirk Kerkorian, for example, opened the MGM Grand Hotel in 1973 with the money made from Metro Goldwyn-Meyer, a production studio. Today, the availability of online casinos means the scope of Vegas-made entertainment has never been bigger—and it’s still tied to Hollywood.

In fact, casinos have inspired some of Hollywood’s most memorable films. And, vice versa, casino games of all stripes continue to reflect a player’s interest in popular culture. It boils down to excitement and, unsurprisingly, plenty of flash. Keep reading for five of the best Hollywood-casino crossovers to date.

One of the most ubiquitous places to find Hollywood’s influence is in a casino company’s slot catalog. For example, Chumba Casino offers over 80 casino-style games, many of which are slots. The list includes titles like Big Bucks Bandits, Kraken’s Bounty, and Quest West, which draw inspiration directly from movie themes like the Wild West, pirate adventures, and fantasy worlds.

Though not all slots online are tied to a specific film or character, their inspirations can be traced back to successful Hollywood projects. It’s about packaging the excitement of a blockbuster film into a compact game, which offers a familiar theme for players in a new format.

Today, even the most casual casino gamers or James Bond fans know that the International Man of Mystery is tied to the casino. But after the release of Casino Royale in 2006, many longtime fans were confused—for the first time, Bond wasn’t playing Chemin de Fer, but Texas Hold’em.

In reality, Ian Fleming’s original Bond had a penchant for Chemin de Fer. Chemin de Fer is a variation of baccarat commonly played in European locations like France and Italy. In fact, in the book Casino Royale, Bond challenged Le Chiffre to a game of baccarat—not poker.

An Iconic Franchise & the Strip

In 2001, Steven Soderbergh’s Ocean’s Eleven became a blockbuster hit. The action-drama-comedy saw two more sequels in 2004 and 2007, all of which included ensemble casts with names like Brad Pitt, Matt Damon, Don Cheadle, and more.

The films relied on brick-and-mortar locations along the Strip to infuse excitement and danger into the plot, just like the original (released in 1960) did. But the movie isn’t just about casinos or the plan to get away with a major heist. Instead, it’s remained an iconic part of pop culture because each member of the group becomes a superhero in their own right, without any actual superhuman powers to fall back on. 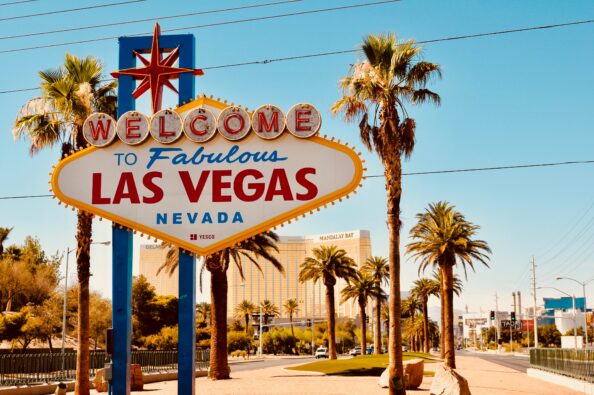 As demonstrated by James Bond and the Ocean’s 11 franchise, the set of a brick-and-mortar casino doesn’t need to be realistic. It just has to entertain. However, 1998’s Rounders takes a more realistic look at high-stakes poker.

The film, led by Matt Damon, Edward Norton, and John Malkovich, covers the underground world of ‘rounders’, who travel from city to city to find high-stakes poker games. The film didn’t become a blockbuster, but instead transformed into a cult hit after the early 2000s poker boom.

Just like slots present a perfect format to rehash famous films, characters, and genres from Hollywood, Las Vegas tends to see plenty of coverage in films as a crazy destination. For example, not many remember that the Griswold’s went to Las Vegas, but the 1997 film Vegas Vacation sees Clark Griswold renew his vows to Ellen on the Strip.

Meanwhile, films like 2009’s The Hangover feature the type of hilarity that often occurs in the City of Lights. In both films, the casino floor offers a backdrop for comedic situations. And, in certain cases, a way to poke fun at Hollywood’s interpretation of the casino floor. In The Hangover, for example, character Alan has a Rain Man moment in which he wins a huge sum by counting cards like character Raymond Babbitt.