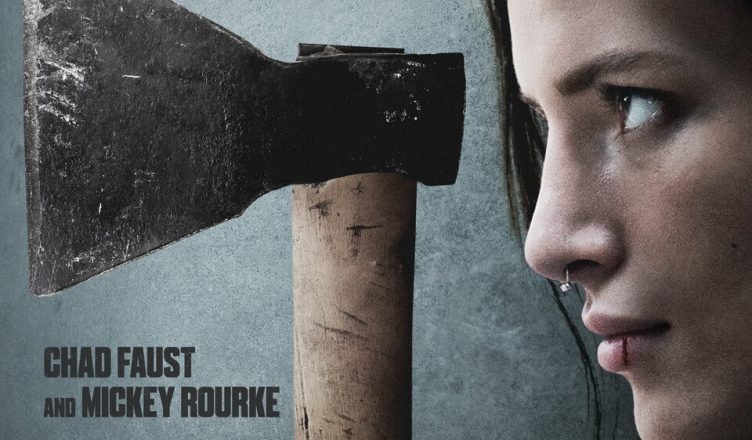 If you are in the mood for a murder mystery thriller, check out the Bella Thorne starrer Girl. The young actress Bella Thorne has proven herself to be one of the best actors of this generation with her performance. Releasing in theaters in November 20, 2020, Girl is a must watch for all thriller lovers. Chad Faust who directed this film appears in it too. Faust is indeed the man behind this masterpiece as he takes hold of its direction, screenplay and acting all by himself. But wait till you see Mickey Rourke as the sinister sheriff who has thrilled and scared the audience even more with his villainous role!

The story revolves around a young woman (Bella Thorne) who returns to her hometown to exact revenge on her abusive father only to find him murdered. There she encounters a sinister sheriff (Mickey Rourke) while trying to solve the mysterious murder.

The trailer is amazing. You learn the important parts of what the movie’s about just by watching the trailer. Equally important is that I get the essence of a truly interesting murder mystery film with some nice action sequences. Girl is shot in one of those “dark town environments” which adds to the mystery depiction. Bella Thorne has done some intense action shots here as we see her fight with Chad Faust. Probably Chad’s playing a bad guy. We got some hand-to-hand fights and some “axe whooping” scenes as well. Mickey Rourke has exceptionally done well with his role and I get the feeling of him being Jason Voorhees of “Friday the 13th” sans his mask!

Personally I can’t wait to watch this movie. I simply would love to see Bella kill the bad guys. Hope she does because on watching the trailer I can see her axe go miss after miss! Better watch out “GIRL”!

2 thoughts on “Watch out GIRL! Bella Thorne’s back in this thrilling trailer!”