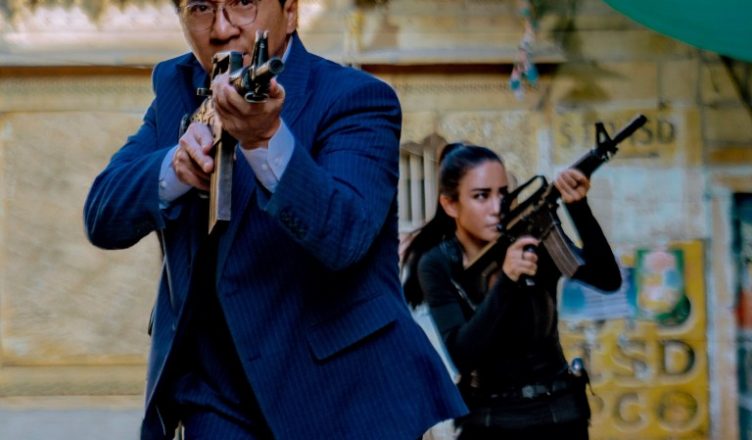 Synopsis: Covert security company Vanguard is the last hope of survival for an accountant after he is targeted by the world’s deadliest mercenary organization.

Oh, man, is it ever time to rejoice all ye fans of Jackie Chan.  Your hero is chopping, kicking, shooting, exploding and cracking wise up a scintillating sock-it-to-ya storm in the new action thriller “Vanguard”.

Chan is a kick ass bad ass employed by the titular secret security outfit to keep an accountant from being permanently debited by a mess of merciless mercenaries.   Chan hops the globe from London to Africa to the Middle East doing battle with and against souped-up SUVs, supersonic speed boats and unidentified aircraft apparatus.

And, as per usual, he looks like he’s having more fun than an aging but still amply agile action icon should be allowed.

Jackie Chan looks like he’s having more fun than an aging but still amply agile action icon should be allowed.