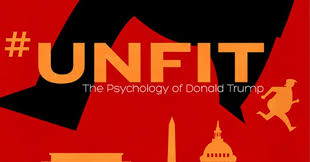 Lets do a sanity check today.  Check out these films about mental health. Each film discusses mental health from a unique standpoint and portrays the effects of untreated trauma vividly.

UNFIT: THE PSYCHOLOGY OF DONALD TRUMP| 2020

Propaganda or Truth? Medical doctors and mental health professionals go on camera, on the record about Trumps behavior. It’s an eye-opening discussion, analysis, and science-based examination of the behavior, psyche, condition, and stability of President Donald Trump. If you’re a Trump supporter, and you *really* want to get a genuine perspective on the core reasons for Trumps loathing, watch this flick attentively.

You will watch this movie more than once in order to “get it.” That is how complicated mental health is! In Gotham City, mentally troubled comedian Arthur Fleck is disregarded and mistreated by society. He then embarks on a downward spiral of revolution and bloody crime. Moreover, this path brings him face-to-face with his alter-ego: the Joker.

This is not a film but a “must see” when it comes to the topic of mental health. Kanye is either mentally ill or can be categorized in Dadaism. Dada or Dadaism was a complexed art movement. Whichever the cause for his eye-opening outbursts, Kanye is seen here going through several emotions and tearing up when speaking on the things that have affected him greatly –Loss.