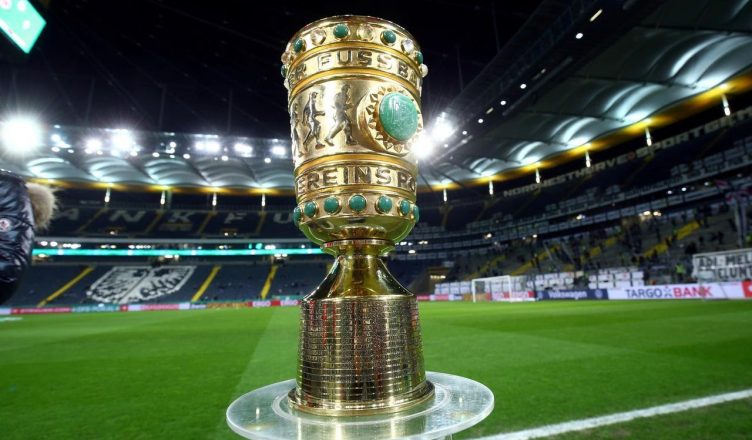 There are various great web-based betting platforms where you can place your live and pre-match bets. In order to find a required event, it is possible to use different search filters. One of the things that you can specify when searching for the right event is a competition type. This is how you can check out important info on Bundesliga betting odds, La Liga standings, or other details. In this article, you will find more info about the German Cup final, so that you could decide if you wish to watch matches held within this competition and/or place bets on them.

Initial Information about the German Cup

German Cup or the DFB-Pokal is a football cup competition founded in 1935 in Germany and held every year by the German Football Association (DFB). 64 football clubs take part in this competition, including those from the first and second divisions of German professional football clubs. By importance for national football, it is ranked the second-largest competition after the Bundesliga.

Usually, the competition begins in August and lasts until May, but due to the pandemic 2020-2021, its usual schedule has been changed. The winner qualifies for the following competitions:

The most winning titles have been won by Bayern Munich, one of the strongest football clubs in Germany, which has managed to achieve 20 victories. Since 1985, all final matches of this competition have been held at the Olympiastadion in Berlin, a stadium that was built in 1936. In 2004, it underwent a renovation, which increased its capacity to more than 70,000 seats.

Historical Background of the Competition

Initially, it was found in the middle 1930s under the name Tschammer-Pokal (Tschammer Cup). The very first winner of this competition was FC Nürnberg, a German football team that has been playing since 1900. Currently, the club plays in the 2. Bundesliga.

Due to the Second World War, the competition did not take place until 1952 when it was relaunched under its current name. That year, the final was won by RWE, a German club founded in 1907.

The teams that have won the most matches are as follows:

The 2019 German Cup Final took place on 25 May and determined a winner of the 76th season of the 2018–2019 German Cup. The final resulted in a victory of Bayern Munich.

The final battle for the 2019–2020 DFB-Pokal (77th season) took place on 4 July 2020, which was beyond the initially scheduled date due to the pandemic resulted in quarantine. The battle was won by Bayern Munich after the club beat Bayer Leverkusen with a 2-4 score. Robert Lewandowski, a Polish professional footballer, became the man of the match. 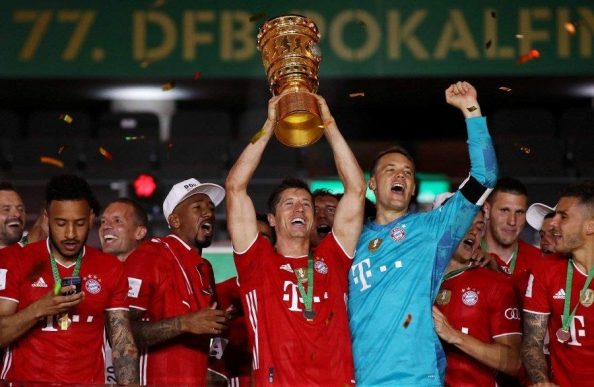