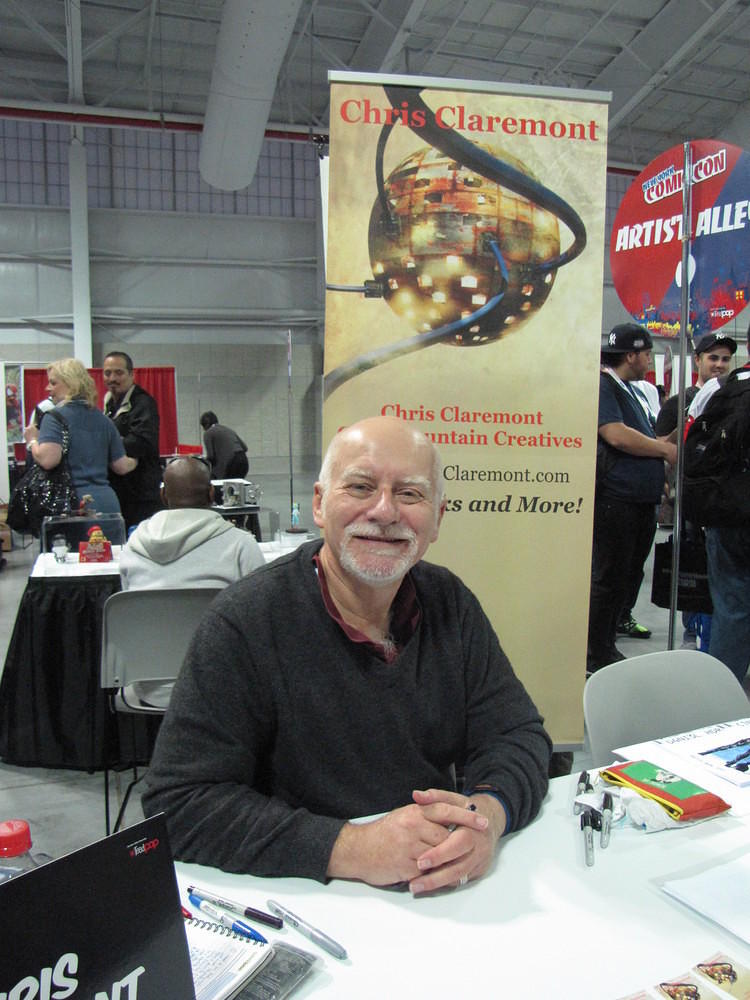 Did you guys know that Ryan and I attended the New York City Comic Con way back in 2013? Yep, we went there and inhaled all the aroma of god knows how many people cramped into way too little space. The books, the costumes, the artists, the experience. Somehow during and immediately after attending our site decided to frequently hiccup and this gem of a conversation went unblogged, something I’d like to immediately rectified. This wasn’t a scheduled interview so and more or less Ryan and I just bombarded that guy with questions until we felt he had enough, and sadly we didn’t put a recorder on the table until mid conversation, but in those precious moments we learned a lot about his feelings on Days of Future Past… But I think we were talking about Skyfall at first… Enjoy!

Best cast I’ve seen since… pretty much anything. I was reading up on the ___ . I prefer Sean Connery as the rifleman but… it’s just if you look at that, you look at Days of Future Past…

TMB: But you would like a lineup similar to Skyfall?

Lineup? No, We’ve got a lineup similar to that. And he’s got the entire case of the original X-Men movie, plus the entire cast of the First Class movie, Plus Peter Dinklage and a host of other guys. You’ve got more talent on that screen than you can shake a stick at, not to mention the talent behind the camera which is just as good. I confess I told Bryan I don’t know how the hell you’re going to fit it into less than three and a half hours but I’m waiting to see. Actually John Ottman is doing the edit. and I don’t think there will be any pieces, it’s all digital anyway.

TMB: Do you feel like he does your story justice?

Ask me at the end of May. I have no idea. All I’m going by is what’s in the trades. I have not seen any of it…

Other than… [NDA] [laughs]. You Do NOT fucks around with Fox. We’re all hens, we’re all hungry, so behave yourself. And what’s worse is because it was in Quebec, it was French. Very confusing. [laughs]. So, I’m just waiting til the second week of May which is so much better than the last week of July.

TMB: Well, hopefully he does your story justice.

He didn’t do half bad with the last one, so…

TMB: No. I know he just likes his own take on things.

I think if he directed X3 the whole Jean/Scott/Logan triangle would have been far more eloquently presented. But that’s life.

TMB: But that you you can attribute to Fox too, with getting rid of Cyclops.

No, that had nothing to do with it. The problem from Fox’s perspective is that Matthew Vaughn was originally supposed to direct X3. And he and Brian were totally cool… Actually probably goes back a year, Fox was so busy with contracts that when Superman became available [he went and did that]. And Fox got pissed off at him for doing that. And he (Bryan) said put X-Men on hold for a year and a half and I’ll come back and do it and they said [no]. Had it booked for, May 6th, and… you know… so he said [OK].

And the problem is that they both ended up getting screwed because Superman sucked and X-Men almost sucked. But then they got Matthew in and that looked good, but then Matthew left at the end of May, like the beginning of shooting, like 5 weeks away, and he quit.  and they had to get somebody desperately and what happened was they got Brett Ratner who was pretty ‘OK’ but the problem was they froze the script because they were out of time. What you saw on the screen was the first draft and you never shoot the first draft unless your… Maltese Falcon directed by John Huston. Where all he did was tell his secretary to transcribe the dialogue from the book and he shot from that. And nobody does it that way anymore. But X3 just turned into a… The miracle is that it wasn’t half bad even with all the fubars but the frustration is that it should have been so so much better.