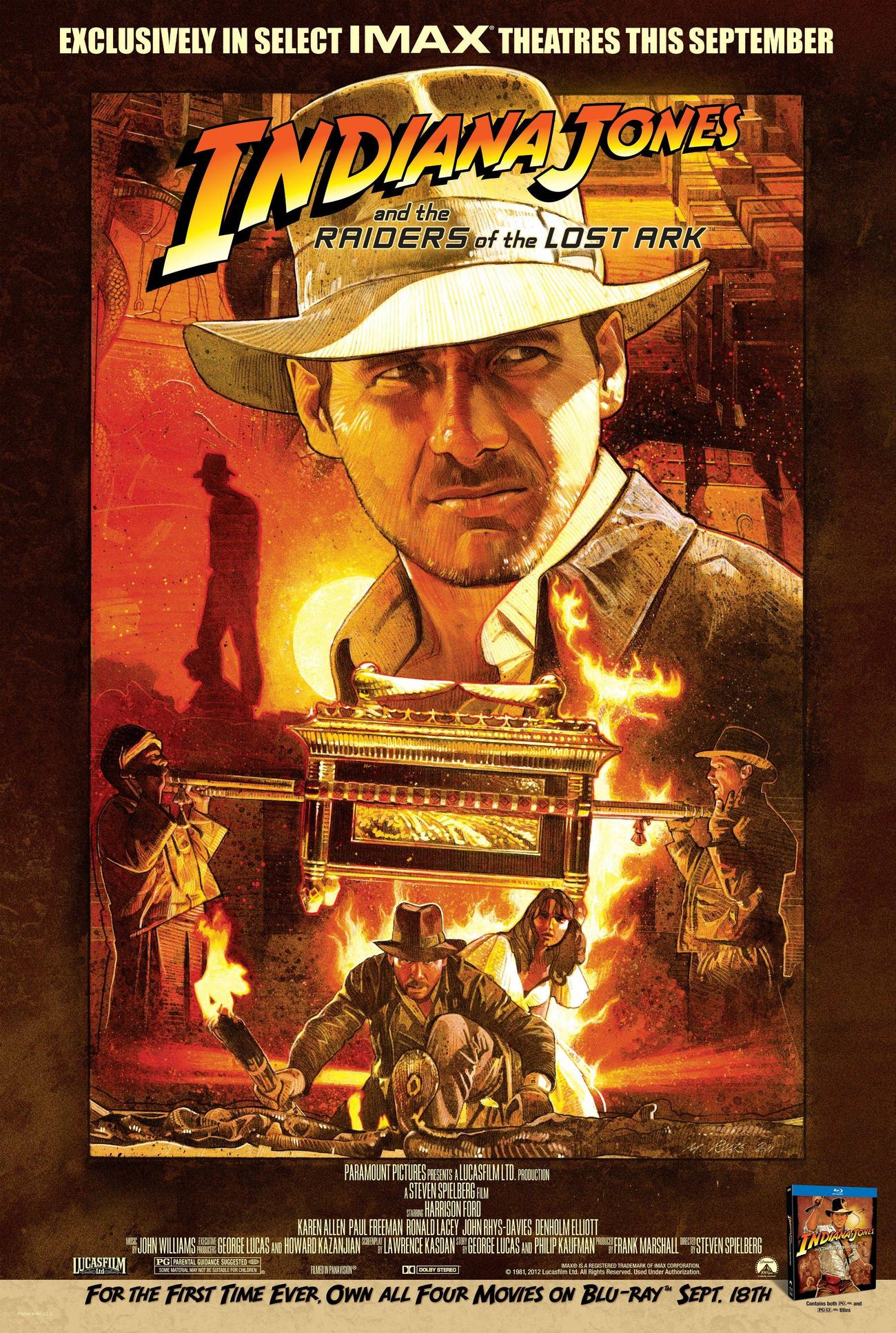 There was this character that these guys George Lucas and Steven Spielberg collaborated to bring to life in film a while back. Maybe you heard of it. The movie went on to some level of success that they feel warranted to re-introduce the film to audiences in IMAX form for a limited time. Director Steven Spielberg is positively elated at their progress thus far and has chimed in on the subject as well as handing over a poster to promote the release this September. All the shadows in the earlier scenes that we shot in Hawaii [were] always kind of muddy anyway on 35mm, because we couldn’t schlep all of our big arc lights down into this valley. Suddenly, there was definition in the shadows, which I had never seen before. And the shadows weren’t murky and washed out; they were sharp as a tack.

I think the only other movie I would ever think about going out on an IMAX screen would be Close Encounters of the Third Kind. Forty percent of that film was shot in 70 millimeters, so the conversion would look extraordinary if we ever did put it up on an IMAX screen.

I’m somewhat excited about this news depending on the availability of tickets at the 70mm IMAX locations in my area. That and Close Encounters of the Third King?!? Yes, Please.