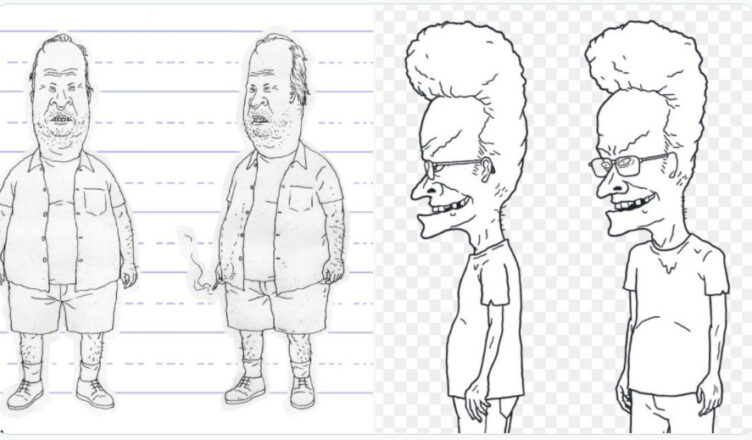 Beavis and Butt-Head are two MTV 90’s cartoon characters from creator Mike Judge. Paramount+ is releasing a new movie starring the duo and the movie will release in 2022. The news comes as a bit of a surprise but is part of a February announcement from the company. Mike Judge is working on the new project and even shares new sketches of the characters and we have a synopsis:

BEAVIS AND BUTT-HEAD DO THE UNIVERSE: In perhaps the dumbest space movie ever made, Beavis and Butt-Head are sentenced to Space Camp by a “creative” judge in 1998. Their obsession with a docking simulator (huh huh) leads to a trip on the Space Shuttle, with predictably disastrous results. After going through a black hole, they reemerge in our time, where they look for love, misuse iPhones, and are hunted by the Deep State. Spoiler: They don’t score.

This is probably the last show I would predict to get a revival. Seriously, I was thinking Daria would get a comeback before these two. Mike Judge is responsible for some seriously funny cartoons and I will check out this new project.

What do you guys think of the return of Beavis and Butt-Head? That’s all I have for this one.