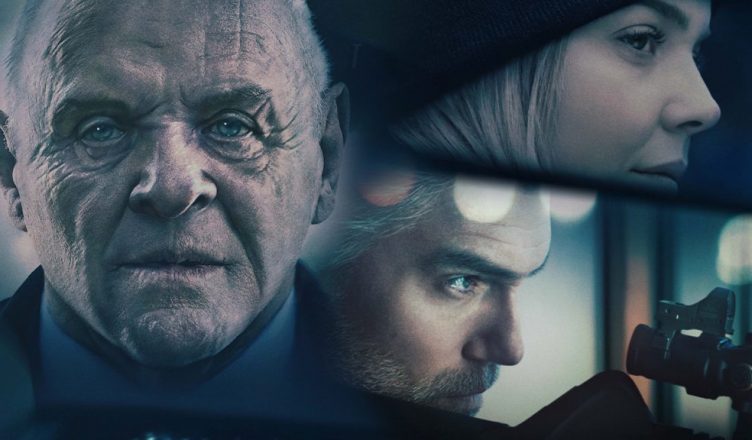 Don’t step out of your houses as a professional assassin roams the town! He’s unsure who his next target will be, which makes him more fearsome and deadly. He calls himself “The Virtuoso”. Writer, producer and director Nick Stagliano has come out with a new hitman-thriller which will instill a lot of suspense in the viewer’s mind in the beginning.

An unnamed professional assassin, who calls himself “The Virtuoso”, is given a challenging small-town assignment by his mysterious boss (Anthony Hopkins). His boss also provides him a cryptic clue as well and notifies him the place and the time of the murder, which he is supposed to commit. The plot thickens as Mr. Virtuoso visits his destination to carry out his job, which happens to be a rural diner. Unexpectedly, instead of his target he comes across several people at the venue and gets utterly confused as to who his target really is?! So, Mr. Virtuoso takes the smart move and waits for all of them to leave the venue and then track them down.

But, alas! From here the thrill starts diminishing as Mr. Virtuoso commits error after error and kills the wrong person every time! Thus, we come across a thriller which transforms into a collateral damage as piles of bodies begin to accumulate. And why not?! After all we have a killer who has no idea about what he is doing or who he is supposed to kill! Starring one of my favorite Hollywood actors Anson Mount in the titular role of the Virtuoso, this film is a thriller which to some extent lives up to its thrill.

I myself being a small-town guy have particular fascination towards films shot in rural and small-town environments. I find the cinematography of The Virtuoso to be brilliant. In fact, The Virtuoso’s cinematography is the sole aspect that helps in maintaining the thrill in the film. Cinematographer Frank Prinzi does deserve some credits here. The beautiful shots of the weird small town did create a spooky atmosphere that added to the mystery. Moreover, I also liked the concept of the killer living in the woods, which added the essence of some old-school hitman movies I was used to seeing during my childhood. The scenes in The Virtuoso have been shot in some breathtaking remote woody and wintry settings, which include the Central Coast of California as well as the Pocono Mountains of Pennsylvania.

Along with the beautiful cinematography, I think The Virtuoso’s setup too deserves some appreciation.  The film indeed has some noir elements in its setup like the roadside café and the edge-of-town motel. Such a setup does appear to me to have come straight out of some crime-fiction novel! 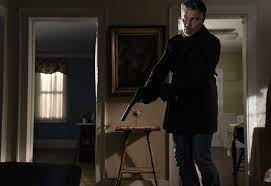 I must say, the screenplay by James C. Wolf is just about perfect. I am saying this because as the movie proceeds, and the Virtuoso tracks down his targets, you are going to surely have an idea about what’s going to happen in the next 30 minutes or so. It’s obvious you may start wondering, “what the kill count of Mr. Virtuoso will be?” or “who will be his next victim?”

The plot in itself!

Well, it’s not very often that a movie is criticized by me just because of its plot. I mean why on Earth or in fact who on Earth made Hopkins even think of such a joke of an assignment? A professional killer is not a student whose IQ is meant to be tested with regard to identifying his victims. The plot looks exceptionally unrealistic to me. In spite of The Virtuoso being a serious thriller film, the plot turns comical at least for me as Mr. Virtuoso looks confused. Out of sheer confusion, he starts committing blunders and goes on killing the wrong people. Well, so much for Mr. Virtuoso being a “homicidal killing machine” indeed!

A scene goes where Mr. Virtuoso happens to commit a blunder while targeting his victim which in turn caused a Winnebago to blast and burn down a woman in front of her child. As this was intentionally a part of the plot, still it struck me emotionally. I don’t know whether to address this as “bad” from the movie’s point of view. 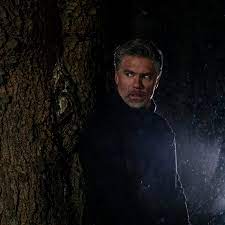 Looks to me as if our very own serial killer suffers from some serious superiority complex. What more can we expect when a serial killer with his self-conscious narrative mechanics starts to make us feel as if we are watching some ad-spoof of a film? I found the opening scene just like that and it gave me a feeling as if I was in fact watching a spoof of “The Virtuoso” movie, which showcased Mount as “your old-school gentleman killer”. Honestly, I had to take some time out to gather myself after watching this.

Mount, who has created a superhero image in my mind with “Black Bolt”, doesn’t seem a good fit for this blunderous role of a confused killer. Also, his character seems to have some level of conscience as a killer and I must say that a hitman with a conscience cannot be called a “Virtuoso”. I think Mount deserves a lot better! However, I believe the dice really stopped rolling when it came to Hopkins. I really didn’t expect such a veteran actor like Hopkins to have taken the role of The Mentor, who happens to be Mr. Virtuoso’s boss. I mean, I expected to see a little more of him in the film. However, there are only a few glimpses of him in the entire film, that’s all!

Apart from Mount and Hopkins, other actors managed to takeout their roles pretty well. I really appreciate Abbie Cornish’s cheerful waitress character as she adds a romantic atmosphere. Her steamy sex scene with Mount did heat things up because of which this movie has been rated R. Actors Eddie Marsan as an old loner in the diner, Richard Brake and Diora Baird as a couple and David Morse as a deputy, also played their supporting roles well.

I find The Virtuoso to be an average entertainer simply owing to its dull plot that doesn’t make any sense. However if you had a hard day at work, this 110-minute package of “supposed thrill” is capable enough to freshen up your mood. So, just sit back, relax and watch Mr. Virtuoso go on a killing spree!