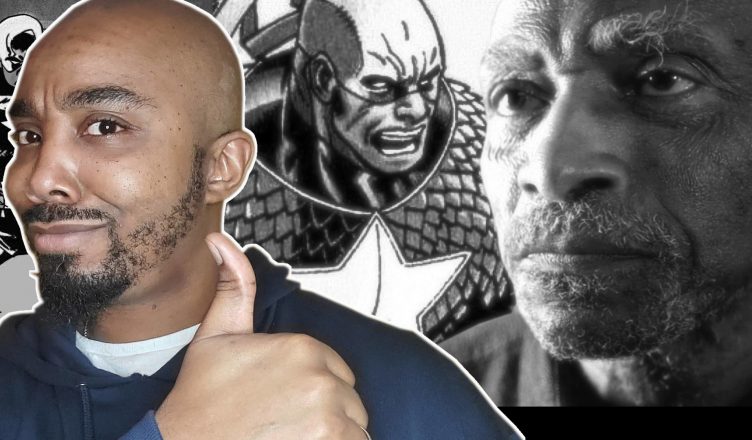 This is by far the blackest episode in a show starring a black man as the lead.  This is also, by far, the best episode of the season. Now I was annoyed when they did the little scene with the bank before but the scene this week with isaiah bradley… man! It almost makes up for the shenanigans of the past.

This is clearly Marvel taking advantage of real conversation for their profit. Don’t try to watch this and confuse this with the idea that Disney is making some sort of proclamation with regard to racism in america, they’re not. This is them telling a story that makes them money. This is as much of a statement for them as thanos’ mission regarding overpopulation of the world. They didn’t start encouraging population limits. I love when people bring up the conversation, I hate when people try to give merit to a group or company. I’m not even gonna talk about the whole thing about how Bucky had to give Sam the shield rather than Sam being the one to pick it up during the fight with captain ‘merica/

I hate that they killed Lamar. I get that they needed a motivator to get Cap ‘Merica to go off but I just wish it wasn’t at by falling into the stereotype of killing the minority sidekick.

I loved the fight between Falcon, Bucky, and ‘merica. The setup was nice and I wasn’t 100% sure if they would try to take the shield or not. The whole thing reminded me of the beatdown that Steve and Bucky gave to Tony back in Civil War ending with Bucky and Sam literally having to tear the shield out of John’s hands. A few people have seen the memes highlighting the differences between Steve and John and I can’t wait til you guys make some aobut this. Can someone make one of this and the scene with Thanos getting the infinity gauntlet yanked from his hands? I’d appreciate that. The whole thing is over in about 2 mins and ends with Sam losing his wings, damn, and Bucky giving the shield to Sam.

I like the imagery of Sam trying to clean the blood off the flag with his hands. I see what they did there!

And why didn’t they give us a flashback if Isaiah Bradley? We get Isaiah Bradley talking about the injustices of America. We hear him talk about how they wrongly imprisoned, tortured, and experimented on him. We hear all of this and we get this powerful moment between Isaiah and Sam but for some odd reason Marvel chose not to give us a flashback. I would have loved to have seen these moments play out with Isaiah freeing his friends and taking on the Winter Soldier and ripping off his arm. I would have loved to see him steal the captain america suit and go on the adventure that we all wanted to see and while we get absolutely none of that we do get the line of the episode from him ‘They will never let a black man be Captain America’. They tug at the heart strings but it does bother me that theyre using this topic.

Not sure how I feel about Bucky flirting with Sams sister but it was nice to finally see Sam accepting help. He knows hulks, super soldiers, wakandans, geniuses, and wakandan geniuses but doesn’t ask for help getting his boat fixed. It was frustrating that he wouldn’t ask for help but it was satisfying to see him finally accept it. Bucky delivers the second best line of the episode when he admitted to Sam what the shield meant to him and how he and Steve had no idea what it meant to give the shield to a black man. It was a great moment but man it was a tough moment for some reason. It even seemed tough for Sebastian Stan to say the lines, like the way he emphasized the word Black.

It was cool to finally see the montage of Sam training with the shield. The after credit scene of John Walker making his own shield was also equally cool. John’s discharge from the Army is surprising. I guess my perception of the government is that they would have backed John’s actions in taking out a dangerous terrorist.