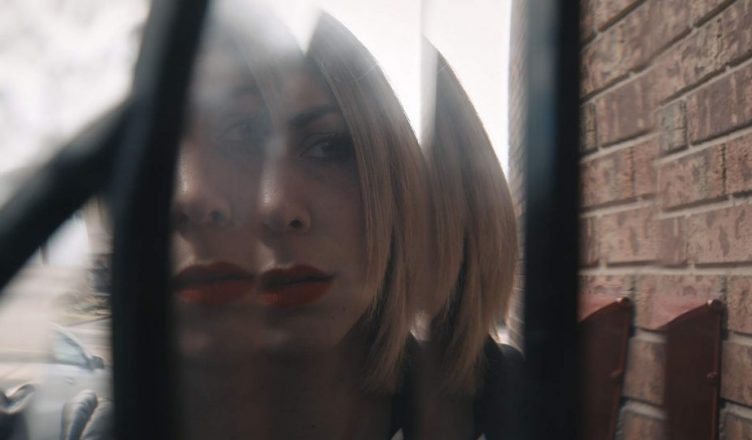 “Drowning” is a Melora Walters film, produced by Sergio Rizzuto’s Potato Eater Productions, in conjunction with Room in the Sky Films, Eight Trick Pony and Hero LA . Walters wrote, directed, and stars in the film. She has 110 credits as an actress, including “Boogie Nights,” and “Dead Poets’ Society.” She has 3 credits as a writer and 4 as a director. The film can be seen in its entirety on YouTube.com.

This film premiered in North America in Austin, Texas, at the Austin Film Festival on October 29, 2019 after its World Premiere in Rome. The log-line is “A mother deals with the grief associated with her son going off to war.” It is based on Walters’ own life and her son’s service in Iraq and Syria. Sometimes, when we are very close to the story, we need someone who isn’t integrally involved to  give us honest feedback. Stay tuned.

The cast in this one is quite experienced. They all do a fine job.  Since Melora Walters is Mira Sorvino’s best friend, we even have a few minutes onscreen of the 1995 Best Supporting Actress Oscar winner (“Mighty Aphrodite”). Others include Gil Bellows as her boyfriend Frank (produced “Temple Grandin,” acted in “Ally McBeal,” “Shawshank Redemption”), Jay Mohr as Henry (“Suicide Kings,” “Last Comic Standing”) and Joanna Goings as Catherine (“Search for Tomorrow,” “Another World”). Goings plays Ms. Walters’ therapist; interesting side-note, both women were once married to Dylan Walsh (“Nip Tuck”). Also, Sergio Rizzuto (“Hard Kill”) as Charlie, the son, and Jim O’Heir  (“Bad Times at the El Royale”) in a brief part shown on a television screen, where he is counseling other service members’ families.

Here’s the problem with the film (and some suggested fixes):

After we establish that Rose (Melora Walters) is concerned to the point of obsession about her adult son’s going off to war (Iraq and Syria) her concern becomes quite tiresome very quickly. Here’s one line from the script, “It just feels like I can’t breathe until he comes home.” I have a friend who once said, as her son was getting married, “I don’t know what I’ll do if I can’t see him every day.”

Advice: Get over it! He’s getting married. He’s an adult now. (Yes, I have 2 adult children.)

Another scripted line, “We have no control. We cannot even protect ourselves We want to say it will be all right, but we can’t.” A well-meaning casual acquaintance tries to counsel Rose, telling her, “Everything about you says you’re sad.  I’m talking about the will to live.”

Rose’s boyfriend, played by Gil Bellows, wants her to move to New York with him, but she repeatedly turns down his invitation to the point that her nervous worrying about her adult son in the Army (“You sound like a parrot over and over and over.”) causes Frank (Gil Bellows) to finally say, “You just need to calm the fuck down, Rose.”

Unfortunately, that never really happens and there isn’t much more to the story.

Rose tries therapy, but the photography and swimming lessons (“Learn something new“) with Jay Mohr don’t seem to help much.

I have these suggestions for ways in which the script could have been transformed from one long whine fest to something more dramatic. We might have had 82 well-acted minutes that actually go somewhere:

These plot suggestions are just the most obvious ones. It could be something totally off-the-wall like an unexpected romance with one of the much younger men who enter the bookstore where Rose works. Example: Rose is working and Peter (who is actually Mira Sorvino’s husband, Christopher Backus and the father of her 4 children) comes in and flirts with her and, even though he is 17 years younger than Rose, they become a couple.

Again, the carpe diem refrain is no matter what the age difference, as Woody Allen once famously said, “The heart wants what it wants.” At least Rose would be advancing towards something other than lying on her fabulous green velvet couch eating potato chips. Maybe she could start up with the pool guy (Jay Mohr).

Whatever is decided upon from the options above, I’m available, if they want to work on getting an ending for this character study shot in and around Los Angeles. [And, yes, I’ve written 3 award-winning screenplays that will probably never see the light of day.]