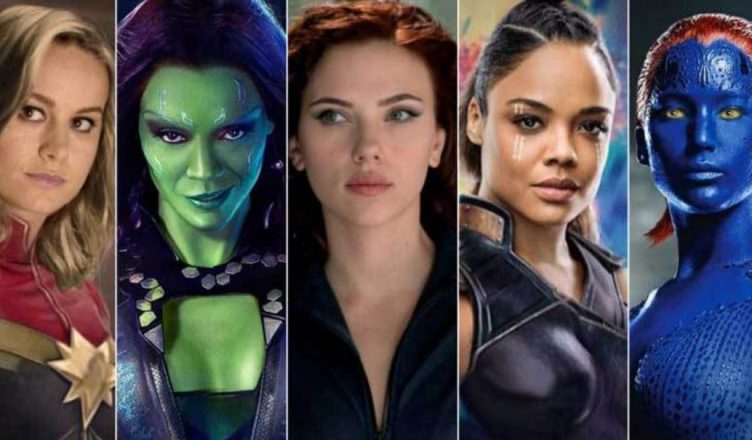 The 19th Amendment to the U.S. Constitution granted American women the right to vote in 1920. The fight for women’s equality continues especially when it comes to film. Check out these upcoming films with women playing lead roles in film.

Liu Yifei will play the actress in the lead role of Mulan. This live action feature film will be directed by Niki Caro from a screenplay by Rick Jaffa & Amanda Silver and Elizabeth Martin & Lauren Hynek based on the narrative poem “The Ballad of Mulan.” Mulan won’t be a musical, nor will it include certain characters from the animated movie, like Mulan’s love interest Shang (B.D. Wong), and her small dragon friend Mushu (Eddie Murphy). Caro’s movie instead will focus this action film on highlighting the strength and perseverance of a woman.

The word Antebellum means before or existing before a war, especially the American Civil War of 1865. This will be an American psychological thriller. It is clear that producer Jordan Peele is paving the yellow brick road for real horror films. Actress  Janelle Monáe crossed over into acting in film and television thanks to prominent roles in films like Moonlight and Hidden Figures. This film will educate on the mutually exclusive realities of Blackness and Womanhood.

At birth the Black Widow “aka Natasha Romanova” is given to the KGB, which grooms her to become its ultimate operative. When the U.S.S.R. breaks up, the government tries to kill her as the action moves to present-day New York. Marvel’s Black Widow are of the many 2020 summer movies not released in theaters due to Covid-19, but when the solo movie premieres on November 6, it could be our first look at a new Avengers lineup. Now’s the perfect time to catch up on every appearance Scarlett Johansson has made in the Marvel Cinematic Universe before her standalone movie finally comes to theaters. I am so ready to see more actresses in lead action roles, Thanks Marvel!

Americanah | a novel based film

Actresses in lead action roles promotes the progressive idea that women can do it all. I dont know about you but I do believe that actresses like Lupita has definitely done it all and shes not quite finished. Lupita Nyong’o will be starring in the adaptation of the best-selling book  Americanah (2021). While Black women have made great strides over the years in the film industry, solo (not on equal footing in the lead with a man or a woman of another ethnicity) lead roles for them are still few and far between. Drop a comment below with trailer concept for Black women leading roles.

The 19th Amendment to the U.S. Constitution granted American women the right to vote in 1920. The fight for women’s equality continues especially when it comes to film. Check out these upcoming films with women playing lead roles in film.