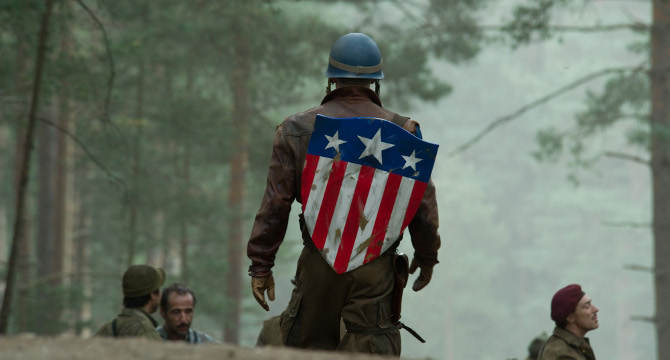 Last time we discussed the Captain America sequel the writers were unsure if the movie would be set in the present or would instead focus on more of Steve Rogers’ other exploits in the past. I thought it would be a great idea to further flesh out his adventures with Bucky from back in the day but it seems that the powers that be have decided otherwise.

the proposed sequel will stick to the present day-era of the Marvel Universe rather than dwelling in the WW2 setting of the original.
“I think it’s safe for us to say that it’s primarily set in the modern day. That seems to have been the biggest question people have been wondering about regarding the sequel… [W]e’ve been left with room to explore Cap entering the modern day wondering, ‘What is all this? What’s happened to the world’ and so on” says Markus
“We made a movie where the world was in context for Steve Rogers. It was a movie where it was a more pure time, where there were clearly black-and-white, right-and-wrong, good-and-evil scenarios. And Cap is a guy who symbolizes that. Now he’s in the now, and there is nothing black-and-white. So what do you do with that guy? How does he react to a much more uncertain time? So you’re given this huge new palate to work with, but you can keep him the same” says McFeely.

I had assumed that Joss Whedon’s adventures would address most of the questions Steve had about present times but I guess that instead they want to devote an entire solo movie to those unanswered questions. I am a little bummed that we won’t see any more stories of Captain America in his own time but I’m excited for more Captain America period. Looking forward to this and now I’m dying to know who they have in mind for the villain. Red Skull returns?

2 thoughts on “Captain America 2 will be in the present”