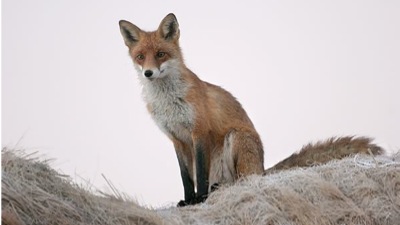 We have news of a new animated film called A Fox’s Tale. The project hails from Hungary and we learn of it from the news masters at Variety:

Highmore voices a fox called Little Jack, who enjoys a blissful life in the forest until his father, voiced by Phil Davis, is captured and forced to work in the circus. Little Jack enlists the help of a young disabled boy and the daughter of the circus owner in his attempt to set his father free.

This has a fairy tale setup to it and I have a feeling everything will end happily ever after.

I am not sure who George Gat is, but he has an awesome name and that’s enough for me to be instantly curious about his work. We have no news on when Gat’s goods will be made available to us, but we be sure to track the progress.

The Fox may be my favorite animal in fction. Aesop’s fables involve liberal use of the fox, and with good reason; they are among nature’s craftiest tricksters. They are the furry children of Loki.