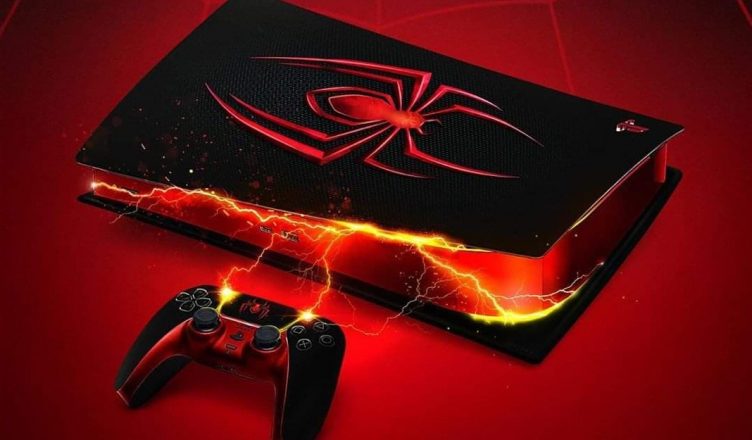 Sony Interactive Entertainment hosted the virtual “Future of Gaming” livestream, and they debuted a number of new games for it’s upcoming launch of the Playstation 5. One of the new games announced was Marvel’s Spider Man: Miles Morales. The reveal was met with a lot of excitement by fans online especially given how successful the previous Spider-Man game was gamers.

Who Is Miles Morales?

For those of you unaware, Miles Morales is an Afro-Latino teenager who’s Spider-Man from an alternate universe in the comics. He’s been featured in the Oscar-award winning animated film Spider-Man: Into The Spider-Verse.  He’s also made a number of cameos in other Spider-Man related video games and cartoons. If you want to learn more about Miles you can check out the video below.

Immediately after the reveal of the new white design of the PS5, the internet started creating a number of different conception art for the PS5. The one that has gotten many fans hyped up was the black and red Miles Morales design created by @Bosslogic on Twitter. Since then, a petition was created on Change.org that is putting a call on Sony Interactive Entertainment and others to make this Spider-Man: Miles Morales PS5 console a reality. In addition to that, the petition also calls for the proceeds from the special console to be directed towards fighting against racial injustice. Given the fact that Sony has already donated to similar causes, this would only be lockstep with their position of standing in solidarity with black and brown communities. Judging by the comments on social media and the petition, video gamers seem to really like the idea. Not only would they be more than happen to have a Spider-Man: Miles Morales PS5 console, but knowing that their money will also go towards a good cause is just an added bonus. What do you think about this fan request? Will you sign and share it? James Gunn’s New DC Universe: What Is The Timeline Of These Shows & Movies?

Does James Gunn’s Waller Series Confirm That New DCU Is A Soft Reboot Only?

James Gunn Reacts: What About a Black Superhero DCU Movie?

“The Brave and the Bold” Live Action Batman Movie Announced