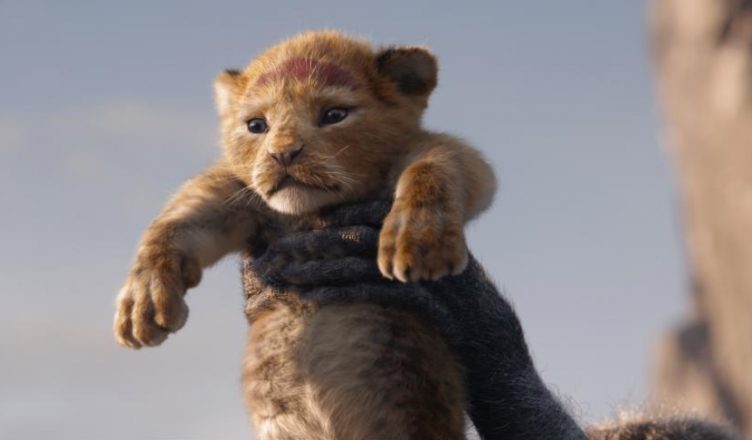 Disney’s “The Lion King, directed by Jon Favreau, journeys to the African savanna where a future king is born. Simba idolizes his father, King Mufasa, and takes to heart his own royal destiny. The all-star cast includes Donald Glover as Simba, Beyoncé Knowles-Carter as Nala, James Earl Jones as Mufasa, Chiwetel Ejiofor as Scar, Seth Rogen as Pumbaa and Billy Eichner as Timon. Utilizing pioneering filmmaking techniques to bring treasured characters to life in a whole new way.

One of the most interesting aspects to this remake of The Lion King is the new photo-real technology.  The animals in the film looked so authentic that you really do forget that they’re not real at all. You also have the overall scenery that allows you to totally immerse yourself into the natural habitats of the wild animals. Throughout the film, the African setting would not only set the tone, but it would also align with current situations in the movie. You’ll notice the drastic change in the mood when you go from the elephant graveyard to the more serene jungle areas. In addition to that, the cinematography in the film was executed pretty well. It probably helped a great deal seeing as though this movie replicates the scenes from the animated movie practically on a shot for shot basis. So you’ll notice a number of very familiar scenes if you’ve seen the original movie. However, even if this were your first time experiencing The Lion King, there were some engaging moments that will be rather entertaining. One scene that really stood out to me was the chase scene involving the hyenas. The fast pace and close up shots really delivered some thrills even if it were only for a short amount of time. I think it’s fair to say that the backbone of this entire movie relies on the standout voice acting and actors. Seth Rogen was pretty funny as Pumbaa especially with his side commentary with Timon played by Billy Eichner.  I must admit, I was really impressed with Chiwetel Ejiofor as Scar. He was able to deliver the menacing and yet conniving qualities of the character. I also thought that Donald Glover delivered a pretty solid performance as the older Simba. Both Glover and Beyonce (who played Nala) paired up well in their duet with “Can You Feel The Love Tonight”. Speaking of which, I do think that the notable songs in the film were satisfying for the most part. Many of the famous songs were done in an entertaining way for newer audiences to enjoy, and yet still deliver on the nostalgic feeling for fans of the original animated movie. You may even find yourself singing along to some of the songs as I did.

As mentioned before, the photo-realism technology is amazing, but it also carries a potential drawback. While you may get some incredibly authentic looking animals on screen, you also suffer from a lack of emotional expressions. You’re going to have to rely on the animals’ body language and whatever the voice actors’ dialogue to get whichever emotion across. I think this will probably affect younger audiences more so though. Without the flexibility of animation to help exaggerate the animals’ feelings, there’s a chance that younger audiences may drift off during more of the dialogue heavy portions of the film. Anyway, it does take a little getting used to at first, but if you’ve ever seen a nature video, with a narrator describing the animals behavior, then this wont’ be that big of a deal. Another issue with The Lion King is that some of the voice acting performances were a bit lackluster. I’m sorry to even say it, but James Earl Jones, as Mufasa, simply didn’t work in comparison to his previous work in the animated film. If you’re new to The Lion King, then you won’t have to worry about this critique. However, for those who are very familiar with Jones’ previous work as the character, it’s pretty noticeable that his voice has lost a lot of the power that it used to carry. Honestly, it may have been a better route to have simply remastered his previous sound recordings, and just use them again in this film. Either way, I still appreciate that he was able to be apart of the film after so many years. The other lackluster voice acting came from Beyoncé. (Note to the “Bey Hive”: I have a wife and three daughters that I love very much. Please spare my life and theirs. Thank you in advance.) While it goes without question that Beyoncé’s singing ability is amazing, her speaking parts as Nala were a bit cringe-worthy. On many occasions she sounded as if she were reading a script rather than playing a role. It was a bit distracting because every time Nala spoke, you would quickly be reminded that it was Beyoncé speaking, rather than it being the other way around. I’ll also go on to say that I don’t think the pairing of Beyoncé and Glover was a good one in regards to them being the older Nala and Simba. Beyoncé has a very strong, mature, powerful voice, while Glover’s voice doesn’t come across to match. In some cases, it almost sounded as though Beyoncé’s voice would’ve been more fitting as Simba’s mother rather than his friend. In other words, I didn’t think that the sound quality of their voices made for a convincing pairing during their speaking scenes. Their singing duet was just fine. One last thing, and this just my own personal gripe with the movie, I was disappointed with the use of Rafiki. While this may not be an issue for newer audiences, I did think that it was a missed opportunity to have Rafiki do some of his “monkey kung fu”. I understand that the animated movie can have more liberties with the characters, but I still think that they could’ve made him a bit more lively with his action scene.

The Lion King is a visually captivating film that looks like a National Geographic show narrated by Disney. It’ll deliver on the expected beats, familiar moments, and a couple of laughs along the way. What it won’t do is capture every aspect of the previous animated film. It simply can’t do that. I think it’s important to understand that going into this movie. If you’re deeply attached to the animated film, then this movie will fall short automatically because it literally cannot do what the animated film did. The Lion King faces an almost impossible task of trying to live up to nostalgia, however, at the same time it does deliver something refreshing with the new photo real technology. It’s probably going to be a lot easier to appreciate this film if you don’t have the fond childhood memories that others may have. As for fans of the 94 classic, I would recommend just keeping your expectations low, and you’ll still have a good enough time with this film. There are familiar jokes, and songs you can sing along with just like you probably did before. So feel free to see The Lion King in theaters with the whole family.