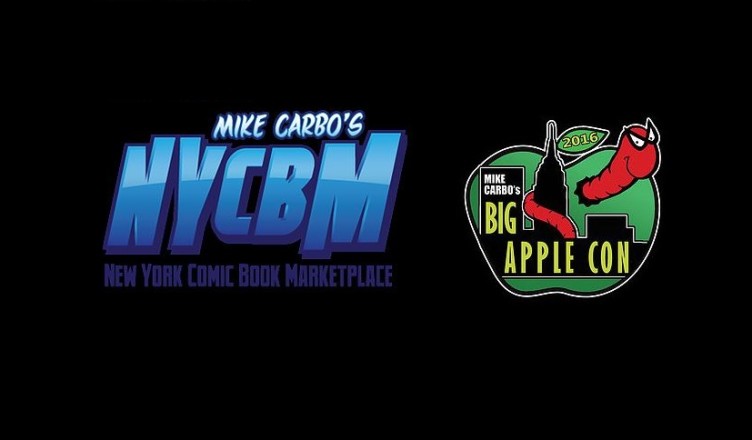 I’ve attended the Big Apple Con off and on for over the span of 20 years now and I still have fond memories of these shows. I remember attending the convention back at a time when charging for a signature was almost unheard of and having the longest you waited in a line was at most 30 minutes. Back when the Big Apple Con first started it was a show was in a church basement off of Columbus circle and was one of the premiere comic shows in the NYC area.Here’s some footage, all credit to the creator, from the show last year:

Big Apple may not have been my first comic book convention but it’s the one I remember repeat attendance and meeting a lot of up and coming comic creators before their popularity grew with probably the most successful being Jimmy Palmiotti and Joe Quesada sitting at the same table with Amanda Connor. These 3 were at every show together back then and you’d have a chance to sit and talk comics and movies with these guys because they were so accessible back then. This is before they grew into Marvel and DC comics superstars and were instead working on a creator owned books.

The show also had some great giveaway raffles. Dealers would randomly decide to start handing out raffle tickets and choosing an valuable toy, comic, or card collection to giveaway at that time stealing the attention of anybody within earshot leaving a young 12 year old boy with an impression that has lasted throughout the test of time. It was a great way to sink my teeth into what a comic book convention experience could be without being the behemoth that some have grown into. I remember something that was also amazing to receive from Big Apple in the past. That’s right, artists used to sketch things FOR FREE! I kid you not, as friends and I have scored original drawings from the likes of Jim Lee, Joe Quesada, Jae Lee, and more at these shows while they were still up and coming.

I remember meeting Scott Lobdell when he was active in his memorable run on X-Men. The idea of putting the face to the name of the person who had been writing books I bought regularly was a distinctly different experience in the age before the smartphone. It was surreal and satisfying to talk to these creators and discovering that they were normal joes that were just as much of a fan as I was. I remember seeing this Batmobile from the old Adam West TV show. The convention changed hands a few times and has been continuing that magic but has grown out of its church basement roots and moved on the 34th street with a bit more limelight. If you happen to walk down the street and see this vintage Batmobile parked across the street from the Garden then it’s a safe bet that you’ve stumbled across the Big Apple Con. Grab your kid, head inside, and make some memories. The show is good for spotting some cosplay, buying some books, enjoying some photo ops, and maybe achieving a little personal dream like the last time I attended and I finally got the pleasure of meeting fellow H.S. of Art & Design alum, and superstar artist, Joe Madureira.

It’s a great convention that is still alive in NYC, and I plan on attending, that may not have the scale of the larger New York Comic Con, the show still retains a lot of the charm and nostalgia of conventions of old without feeling overwhelmed or feeling your senses pummeled by the performance of something like a San Diego or New York Comic Con.