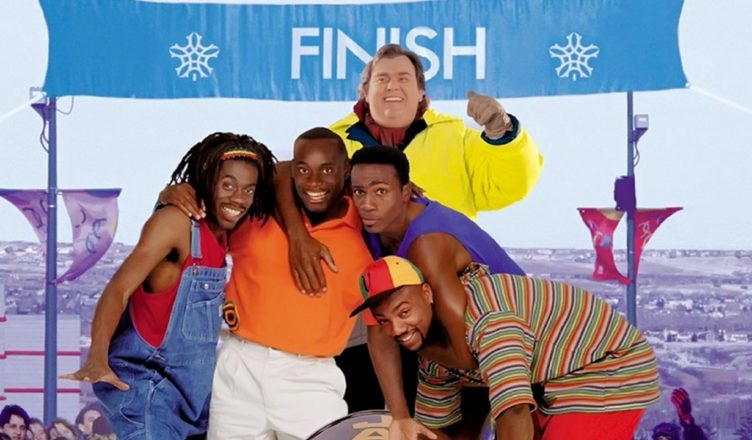 The classic 1993 movie Cool Runnings might seem like a farfetched Idea, but this incredibly heartwarming and funny film has an equally incredible real-world counterpart. “I remember saying that it was the most ridiculous idea ever conceived by a man, and nobody could ever get me to go on one of those things,” says Devon Harris, founding member of the Jamaican bobsled team.

With Jamaicas average winter temperature of 24 to 30 degrees Celsius, Harris was not far off for thinking so. “Any normal-minded person would think it’s a crazy, hare-brained idea. I’m not sure what the context could be for it to not to seem like a strange thing.”

With the top medal winners being Germany, Switzerland, and United States. With all the countries having an abundence of cold vistas. Jamaica might not seem like the likeliest of places to produce bobsled team.

With that said, this was the eighth year Jamaica has sent a bobsled team to the Olympics.

It all started over 30 years ago when Harris and his team were convinced by the idea.

“Two Americans who lived in Jamaica saw pushcart derby, which is a sport where crazy guys go down the side of the mountain in a cart, and it kind of looked like bobsledding to them.”

The two Americans were George Fitch and William Maloney started to assemble a Jamaican team to send to the 1988 Olympics in Calgary.

“After being turned down by the summer Olympic team, they came to the army looking for athletes,” says Harris, speaking exclusively to sports betting firm Betway. “I guess that was the only place you could find guys who were brave or foolish enough to take it on.”

Even though the idea seemed preposterous at first for Harris, this soon turned to an opportunity to fulfill a dream of his.

“I had Olympic aspirations and had hoped to compete in the ’84 games in Los Angeles,” he says.  “I was a middle-distance runner and my idol was Lord Sebastien Coe.

“But when my Colonel told me that these guys had approached me for bobsled trials – geez, I switched. I didn’t know how I was going to make the team, but I just knew I had to.

“I honestly don’t think he expected me to do it. If I didn’t want to, all I had to do was turn up and go through the motions, but I’m not wired that way man.

“We had to make this thing happen.”

When everything was said and done, with a full team on hand, there was just one small problem… How do train for a winter sport on a tropical island in the Caribbean?

“Our first bobsled trip ever was to Lake Placid, New York, in September 1987, and we got introduced to a bobsled and a track,” says Harris.

“Then in October 1987, we went to Calgary and that was the first time we ever went down a bobsled track, with the Olympics coming up in February.”

“We spent maybe six weeks there and then went to Innsbruck, returned to Jamaica for Christmas and went back to Lake Placid in January 1988 for a month before the Winter Olympics.”

“If the bobsled tracks won’t come to Jamaica, Jamaica has to go to the tracks, right?”

With all that preparation in the bank, competing in the Olympics as a Jamaican bobsled team still seemed like a farfetched dream.

“The most difficult part of bobsledding in my mind was believing that you could,” says Harris.

“But the biggest hurdle I had to overcome was my fear of speed and height. I was scared to death, man.”

“You just have to keep going down the track, there is no other way. You have to stare death in the face and go, ‘Let’s do this again today and see who wins.’

“You become a little bit more comfortable every time.”

Bobsledding doesn’t come without it’s risks, and Harris fears were not unreasonable considering how dangerous the sport can be.

After crashing on their fourth run the team were disqualified in the 1988 Olympics, although they walked over the finish line in solidarity.

Harris continues and explains that it wasn’t the first time an accident had occurred. “I think the crash in the ’88 Games was the seventh for me that season,” he says.

“Every single one of them is a horrifying experience. You’re going down the track and then you feel like you get suspended in time for a minute.

“As the sled leaves the ice, it slams into the track and all you hear is this horrible sound of it scraping on the ice, flashes of white and this horrible smell of the fibreglass burning.

“We had a crash in Innsbruck where the sled flipped in mid-air and started going backwards and we still had two corners to go.

“Between that one and the one in Calgary, it’s hard to say which was more spectacular, but the Calgary crash was caught on tape.” 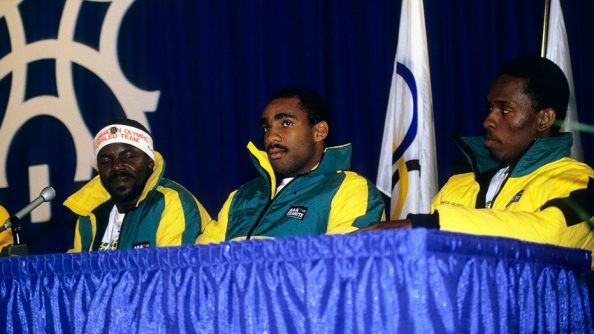 Even though no one in the team befell a serious injury, their pride on the other hand, was not so lucky.

“The first thought that came to my mind after the crash was, ‘Wow, how embarrassing,’” says Harris.

“All of us were apprehensive to go back home because we felt that we had let down our country, we thought people would be upset and ridicule us.

“Man, it couldn’t have been any different. People were very supportive, even to the point where the government made stamps with our faces on, so that was quite an honour.”

All the honours aside and well wishes from the people, Harris couldn’t shake the feeling that people were treating them with pity.

“People were so welcoming and proud but they were making excuses for us,” he says.

“They would say that we’d done well considering we’re from Jamaica and we don’t have snow, blah, blah, blah, which was not an argument used at any point by us.”

“We didn’t care about the fact we were from Jamaica, we just felt that we should be able to master the sport in five months and do exceptionally well.”

“I could be delusional, but with adequate funding I think we could have become legitimate medal contenders. That’s the challenge going forward, to move on from considering that qualification is a victory in itself.”

“We’re working our way there and it’s taken a while, but we want to be a team to be reckoned with.”

Hopefully, we’ll see much more of Jamaica and other underdog nations in the Olympics in upcoming years.