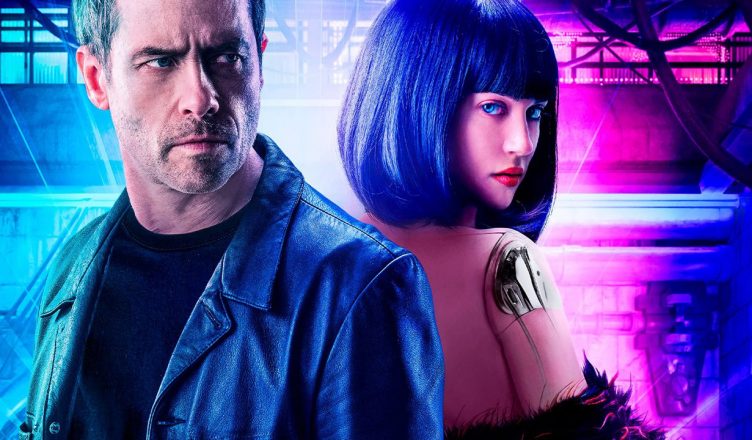 Zone 414 is the new action movie starring Guy Pearce , Matilda Anna Ingrid Lutz, and Jonathan Aris. Zone 414 is directed by Andrew Baird and I caught this movie streaming on Netflix. I will always give a movie a shot if Guy Pearce is cast. Zone 414 is a movie that takes place in a futuristic world where humans develop androids that behave believably human. Yes, Zone 414 gave me the feeling that it wants to be Blade Runner.

Set in the near future, private detective David Carmichael is hired by Marlon Veidt, an eccentric businessman, to track down his missing daughter. David teams up with Jane, a highly advanced A.I. to solve the mystery. 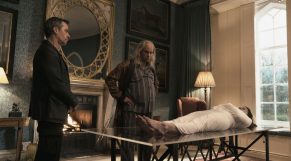 The story of Zone 414 isn’t anything original but the folks behind the movie put their own spin on a pretty by the numbers tale. The mystery of a missing girl and the detective hired to find her is something we’ve seen time and time again. Adding a futuristic setting and putting Guy Pearce in the lead DOES make it pretty cool. The plot takes a few twists and turns and likes to play with our assumptions on just how predictable Zone 414 really is. Here’s a clue: There isn’t one thing that I predicted that turned out to be true.

The camera angles and design are really beautiful in Zone 414. There’s a good layer of detail that looks authentic and lived in and doesn’t give off that cosplay look that have plagued some recent releases. This seedy looking sector city known as Zone 414 is exactly what I imagine Madripoor to look like. I like the look of the town and it really helped keep things immersive for this noir-ish style mystery.

The Pacing for Zone 414 is nice! Something that worries me about mystery movies is that they can suffer from slow pacing. Zone 414 does not get stuck in moments and moves at a pretty nice pace. There are good revelations and action moments throughout that kept me watching from beginning to end. 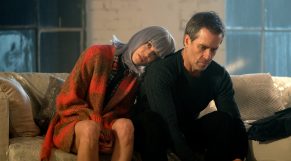 The story seems cliche and  boring. I’d admit that I never really got invested in solving the mystery of this missing girl nor do I care why she wandered into this dangerous Zone. The movie does try to subvert that by instead asking us to focus on the world, the androids, and whether or not they are alive is confusing.

This can be pretty derivative. I don’t mind inspiration but I cant help but wonder if this movie is imitating Blade Runner. Or Humans. or any of the other movies and shows that released that tell the story of realistic cyborgs. The key here is to try to make the characters interesting, but they weren’t.  Matilda Anna Ingrid Lutz was a pretty decent performer in this movie but that’s really where my interest ended.

It’s a great streaming movie. Something fun to put on in the background and passively watch and the movie does a pretty good job at letting you know when to look up and pay closer attention.