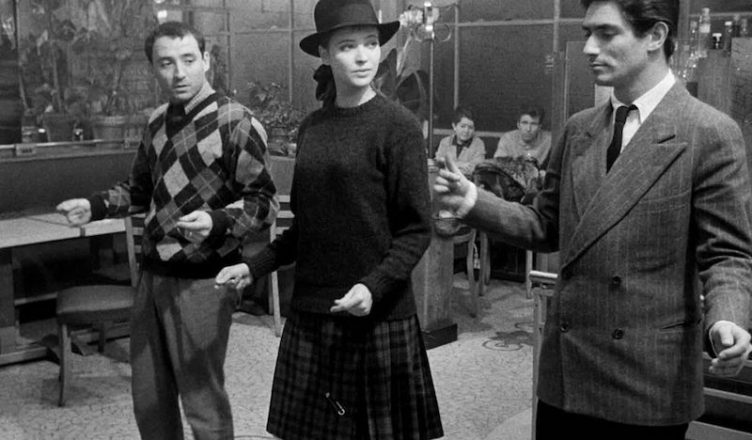 Bande à part or Band of Outsiders (1964) is considered as one of the greatest examples of the French New Wave films and the four-minute dance sequence might just be the reason why. The movie is centred around a girl, Odile, who meets Franz and Arthur in her English-speaking class. She tells them that her landlord is hoarding a large amount of illegal money in their house. The three then make a plan to steal the money, but along the way they fall in love.

The dance scene, famously known as the ‘Madison dance scene’, has served as an inspiration to many modern filmmakers. Quentin Tarantino said in an interview that the initial concept of the Mia and Vincent’s dance sequence in Pulp Fiction was inspired from this scene. The filmmaker has also named his production company ‘A Band Apart’ after the movie.

“Everybody thinks that I wrote this scene just to have John Travolta dancing. But the scene existed before John Travolta was cast. But once he was cast, it was like, “Great. We get to see John dance. All the better.”… My favorite musical sequences have always been in Godard, because they just come out of nowhere. It’s so infectious, so friendly. And the fact that it’s not a musical, but he’s stopping the movie to have a musical sequence, makes it all the more sweet.”

The quintessential dance scene starts with the cast- Anna Karina, Sami Frey and Claude Brasseur, sitting in a restaurant. The trio then spontaneously gets up and starts dancing in a somewhat unsynchronised manner. This is a very unexpected move in an otherwise tense movie and it takes the audience by surprise. The dance is very similar to Madison, a line dance which was popular in the late 50s and 60s.

In a voice-over during this scene, Godard also gives one of his infamous narrations. The music cuts off and Godard starts speaking about the three characters and what each of them is feeling in the current situation. He says how Arthur (Claude Brasseur) thinks of Odile’s (Anna Karina) kisses, and how Odile wonders whether the boys notice her breasts move while dancing. He then tells what Franz (Sami Frey) is thinking.

“Franz thinks of everything and nothing. He wonders if the world is becoming a dream, or if the dream is becoming the world.”

What sets this scene apart from any other dance sequence is Jean-Luc Godard’s creative approach. Godard wanted the natural noise of the busy restaurant in the final cut. If he had played the music on the set, they would have had to edit those sounds out. Hence, the cast had to dance without any music. This resulted in the incoordination between the music beats and dance steps, which made the scene more candid. The same dance choreography was repeated once again further in the film for a few seconds. 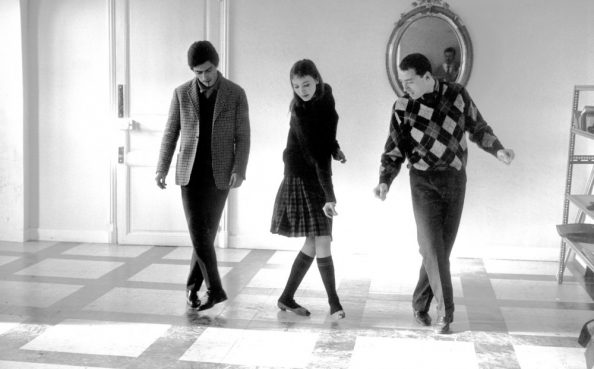 Other than this dance scene, there is another iconic sequence in Band of Outsiders which makes the movie one of its kind. Yes, I am taking about the Louvre Museum scene. In this one-minute clip, the trio decides to run through the museum of Louvre and break the fastest record of nine minutes and forty five seconds. They succeed in breaking the record by two seconds.

The filmmaker, Bernardo Bertolucci, gave tribute to this scene in his film The Dreamers (2003).

It has been almost sixty years since the release of Band of Outsiders. Still, the iconic scenes of this film inspire cinephiles all over the world.