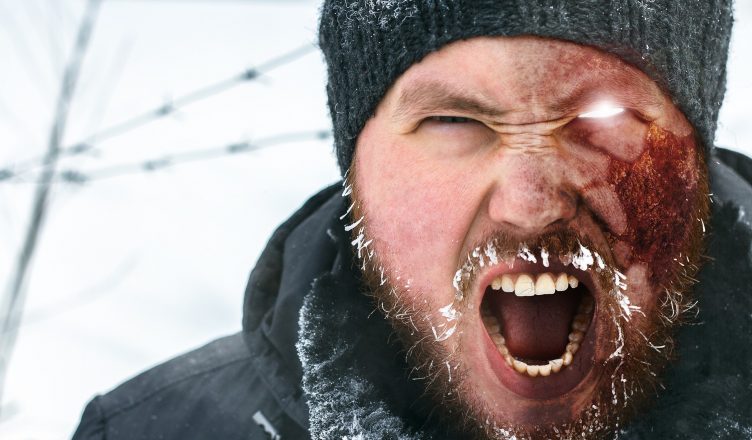 Lets cool down with these three short horror films that take place in the winter.  Watch the full film here on The Movie Blog!

In the final act of a slasher film, Bruce attempts to reclaim his manliness and impress the final girl by finishing off the killer. Will he punk out or will the lion stay in his place as the protector and shield of their union? This thriller becomes ice cold just 0:02 seconds into the film.

The most provocative minds in horror bring you new short films every week exploring the human condition through warped and uncanny perspectives. Frost Bite explores a young girls journey through a zombie ridden world. However, when living on the outside gets tough, she makes a not so cold decision to bring warmth to a cold world.

Fairies, fallen angels, or night crawlers? After mindlessly stepping into her trap, a troubled teenager must save her little sister from a bloodthirsty fairy lurking in the forest, before it devours them both. This horror film will take you on a supernatural merry-go-round.