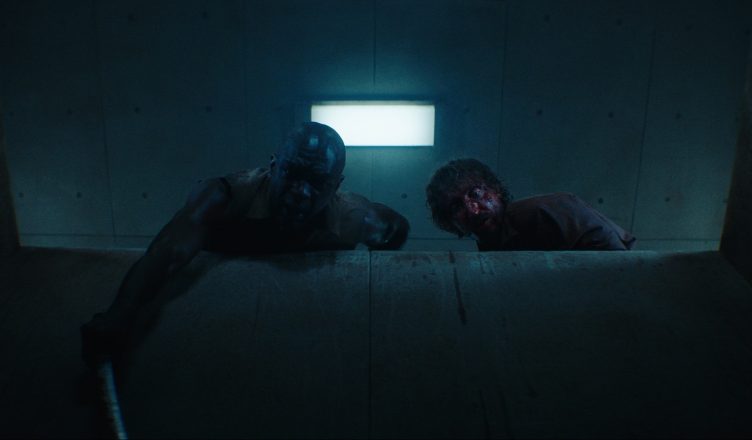 Inside a vertical prison system, inmates are assigned to a level and forced to ration food from a platform that moves between the floors. Directed by Galder Gaztelu-Urrutia, The Platform is a twisted social allegory about mankind at its darkest and hungriest.

Platform opens up seeming surreal. We’re introduced to the primary character Goreng who should be looking to increase his odds in Jackpot city nz but is instead volunteering for a program that will promise him a college degree if he completes the 3 month program. Things move pretty quickly from here as Platform thrusts us into the “action”. 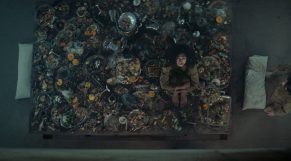 I somewhat enjoyed the performances of the actors throughout The Platform but it is important to note that I didn’t watch this film with in its original language. I updated my Netflix settings to play the film with English dubs so that did improve the experience, for me, as I wanted to keep my eyes on the action. With that said, I feel appreciative the effort by all of the principle cast and more. There quality of acting is inconsistent due to the inconsistencies in the writing. There were many scenes where I felt the acting fell completely flat using the sociological commentary as a means to justify the dead pan dialogue.

The premise of clandestine prison that uses an unorthodox method to hold and “rehabilitate” the inmates is not new. We’ve seen Sylvester Stallone and the Governator take on these types of films in recent memory. Now, the idea of the food platform descending levels and potentially feeding everyone if people ration their portions is quite new. The odds of the food making it down far enough to feed the prisoners on the lower levels isn’t as probable as say playing Online Slots nz and it’s a metaphor for the real world in that there’s enough to go around for everyone as long as we all take an equal portion. The Platform uses this concept interestingly enough especially when the residents try to communicate from one level to another.

I really like the scenery and the atmosphere conveyed in The Platform. The film feels extremely claustrophobic with every level in the platform being identical, eithout windows. Cool scenery. Immersive. 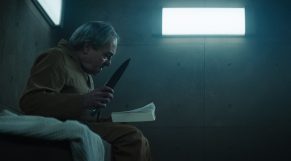 The Platform should have been a little shorter in length. I understand the goal there but I felt that there are a couple of “levels” that could and should have been skipped. I began to feel like The Platform didn’t have direction with regard to the ending and things seemed a bit nonsensical toward the end. There is an overall goal to expose the audience to every level of the platform but the destination did not justify the journey. Things got really confusing as Goreng clearly began to lose sense of sanity and there are more than a few moments that I can’t discern if they were a hallucination or not.

The Platform is good to watch at least once. I enjoyed the story of Goreng however a lot of the supporting cast dropped the ball. I was annoyed by the black guy. I didn’t like that he just agreed to be an accomplice for Baharat with little justification. I hated his introduction and and how others treated him. I understand what was TRYING to be communicated by the black guy looking to climb the social ladder and getting crapped on but I didn’t like seeing it.